Newspapers play a significant role in modern civilization. We can’t think of the modern world without it. Through this, we can know & learn about all the essential things that happen in the world. The political & economic situation of the country and market conditions games & sports reports comes to us through it every day. Each country has its own newspaper. Nepali newspapers are printed daily, weekly, and monthly and most of the newspapers can be read on online websites.

People are naturally interested in learning about different events in the world. The newspaper is the best way to satisfy this curiosity. It highlights news of different kinds of interests and perspectives of important personalities. Nepal is a country in Asia located along the southern slope of the Himalayas. It is a landlocked country located in the Tibet Autonomous Region of China to the east, south, west, and to north. All newspapers of this country publish authentic Nepali news. 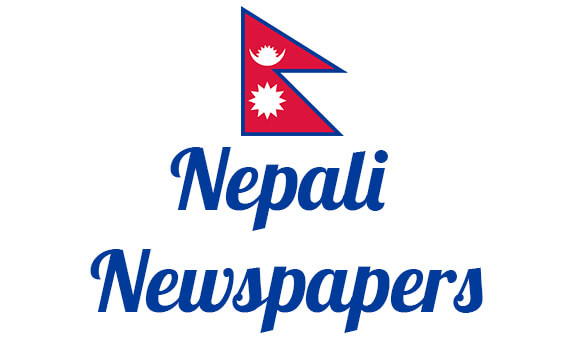 Aarthik Abhiyan was first launched in 2001. Previously it was known as ‘Aajko Abhiyan’. Mainly it publishes the all topis about business, besides it covers education, technology, international updates, and local current affairs. It publishes in the Nepali language.

Kathmandu Post established in February 1993 by Shyam Goenka. It is a broadsheet daily English language newspaper. This paper publishes in print, online format. Kathmandu is the headquarter of this newspaper. It covers national & international latest updates, politics, sports, culture, and arts.

Nagarik is a leading newspaper in Nepal. It publishes from Biratnagar, Kathmandu, and Nepalgunj. The newspaper covers varieties types of news such as technology, health, education, politics, arts, society, and more.

Gorkhapatra is the oldest and daily newspaper in Nepal. It established in May 1901. Gorkhapatra Resources is the publisher of this newspaper. It publishes in broadsheet format.

Nepali Times is a weekly newspaper in the English language. It founded on 26 June 2000. The newspaper provides business, travel, culture, politics, society, and entertainment.

Himalay Darpan is a popular newspaper in Nepal. This newspaper provides different kinds of news such as sports, daily updates, politics, varieties of games updates, and economy.

Himalayan Times is a daily English language newspaper. It founded on 23 November 2001. It publishes in broadsheet format. The headquarter of this newspaper is Anamnagar, Kathmandu. The owner of this newspaper is the international media network Nepal (Pvt) Ltd. It features business, sports, lifestyle, entertainment, health, and the environment.

Everyone should read a newspaper regularly. Because it is a storehouse of knowledge. So it is important for every person to read the newspaper. This article will help you to read Nepali newspapers and news sites.