Usually, we are accustomed to reading our own country’s newspapers. From where we get news from home and abroad. There was a time when newspapers were only printed. But with the passage of time, we can now read the news online. Even if you don’t have enough time, you can read the news on time, so online is an alternative system. Not just limited to this, you can read news of other countries online if you want. In other words, online can be called an alternative system. In today’s post, I will write the details of the top list of Ohio Newspapers and online newspapers also. Those interested in learning about Ohio’s news can also find out the details. 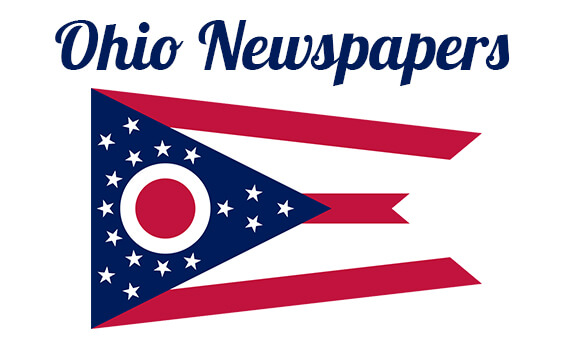 The Plain Dealer was first launched on January 1842 by Admiral Nelson Gray and Joseph William Gray. It publishes in broadsheet format. The paper is owned by Advance Publications. A daily version of it is available electronically as well as in-store print. The daily circulation of this paper is 94,838 and Sunday 171,404.

The Cincinnati Enquirer is a leading daily newspaper in Ohio. It was founded in 1841. The paper prints in a compact format. It has won the Pulitzer prize in 2018. It features local news, sports, politics, communities, jobs, politics, and more.

The Columbus Dispatch was established in June 1871 with a financial capital of US$900. This daily newspaper prints in compact, three-around format. Alan D. Miller is the publisher and editor of this paper. Its daily circulation is 81,291 and Sunday 140,307.

News-Herald is a broadsheet format daily newspaper. Digital First Media is the current owner of this paper. The headquarter is situated on Mentor Avenue Willoughby, Ohio. Tricia Ambrose is the chief editor of this newspaper. It covers various news like the marketplace, entertainment, travel, music, restaurant, theater, comics, and many more.

Dayton Daily News was founded in 1898. Cox Enterprises is the present owner of this paper. The agency responded that it was protecting the freedom of expression of all human beings. The paper’s printing press and editorial office were situated in Dayton for more than 100 years.

Akron Beacon Journal was established in 1839. It is a daily newspaper owned by Gannett. It has won four Pulitzer Prizes. Paper coverage focuses mainly on local news.

Stay tuned to our website to know the details of Ohio Newspapers and read news directly from the website. Official links to each newspaper have been added here.