With the opportunity to read newspapers online, no matter how busy people are, now more or less everyone can read newspapers online. Kuwait newspaper is published in French, English, and Arabic. The publication peaked in this country in 2009, three English dailies, with 14 Arabic dailies, and dozens of weekly newspapers. However, the financial crisis of 2008 and the rise of digital news sources or government censorship reduced that number. Kuwait time, Kuwait Arab times, Kuwait times news, Kuwait times today’s news, Kuwait news today Malayalam, and Kuwait news Malayalam all the well-known newspaper in this country. 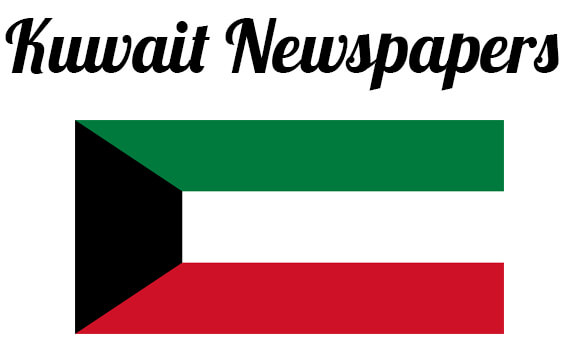 There are many newspapers and news sites in Kuwait. Below are the descriptions of some of the notable newspapers in this country.

Arab Times established in 1977. It is an English language daily newspaper in Kuwait. The newspaper features local news, current updates around the world, business, sports, entertainment, economy, and more.

Al-Seyassah is a daily newspaper in Kuwait. It founded on 3 June 1965. It is a website & daily format newspaper and written in the Arabic language. The owner and chief editor of this newspaper are Ahmed Al-Jarallah.

Al Anbaa is a daily newspaper in Kuwait. It founded on 5 January 1976. The newspaper covers sports, literature, culture, economy, business, and health.

Al-Jarida founded on 2 July 2008. It is a daily newspaper in the Arabic language. Mohammed Al Sajer is the owner of this newspaper.

Kuwait Times is the oldest newspaper in Kuwait. It publishes in the broadsheet format and English language. It first launched in 1981 by Yusuf Saleh Alian.The headquarter of this newspaper is Shuwaikh, Kuwait. Al-Jazeera is a sister of Arabic daily in the Kuwait Times. Normally it provides local updates as well as international, besides covering business, entertainment, sports, lifestyle, technology, and politics.

Kuwait News is the popular Arabic language newspaper in Kuwait. The newspaper publishes different types of articles such as economy, sports, local news, and current updates around the world.

Arab Gate is a leading newspaper in Kuwait. It covers different types of national and international news, educational updates, business, politics, and more.

Some of Kuwait’s other notable news sites are named Link is given below. All news sites are popular in Kuwait as well as other countries of the world.

I have tried to give all kinds of information about Kuwait newspaper in this article. Then if anyone has any questions then ask in the comment box section.