Our day does not begin without newspapers. The feeling of waking up in the morning and drinking tea and reading the news is different. Where all the news of the country and abroad is available together. That one can read the news from the section of one’s choice. It can be called a repository of information. Our website is sorted with newspapers from different countries and states. Wisconsin is a state in the Midwestern USA. Today’s article is about Wisconsin Newspapers and its online news site. If you read the full article, you will gain insight into Wisconsin’s news site. 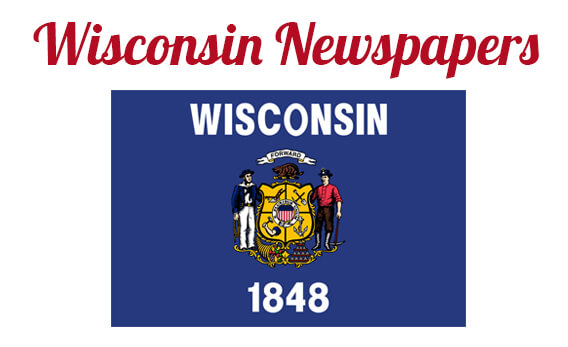 Star Tribune is the daily biggest newspaper in Minnesota. It was launched on 25 May 1867 by William D. Washburn, William S. King, and Dorilus Morrison. Star Tribune Media Company LLC is the proprietor of this paper. It had a 251,820 daily circulation. It publishes news like local, business, sports, and politics.

Milwaukee Journal Sentinel is a broadsheet format daily newspaper. Weekend Extra and CNI Newspapers are the sister paper of this newspaper. It was first published on 2 April 1995. Elizabeth Brenner is the publisher and George Stanley is the editor of this paper.  The headquarter locates at 333 W. State, Milwaukee.

Wisconsin State Journal is owned by Lee Enterprises. It was founded on 2 December 1839. The paper began as a weekly afternoon but will be published every other day during the legislative session. Its daily circulation is more than 42,000 and Sunday more than 46,000. The paper has achieved popular Pulitzer Prizes.

The Post-Crescent daily broadsheet newspaper. It was launched in 1853 as a weekly. The daily circulation of this paper is 38,000. It was initially distributed in numerous counties in the vicinity of the Appleton area. It features jobs, sports, business, lifestyle, health, and extra many more.

The first issue date of La Crosse Tribune is May 16, 1904, by A.D. La Due. Basically, it prints in the English language. It’s Sunday circulation is 41,492 and daily 32,715. Sean Burke is the publisher and Bob Heisse is the editor of this paper. The original location of its publication was at 123 Main Street, downtown La Crosse.

The first issue date of Green Bay Press-Gazette is 1866. Its initial coverage is in Northeast Wisconsin, including Green Bay. Its sports division has extensive coverage of local Green Bay Packers and NFL franchises. Basically, it was a weekly paper but in 1871 became a daily.

The Journal Times is an English language American newspaper. It serves the entire Resin County area. Lee Enterprises is the current owner.

You will get a complete update from this post with a link to Wisconsin Newspapers. So, stay tuned to our website and read all state newspapers.