Minnesota is the largest lake in the Midwestern United States and bordering Canada. There are many famous lakes in this state. The social sites of this state are much improved. In today’s post, I will write about the details of Minnesota Newspapers. 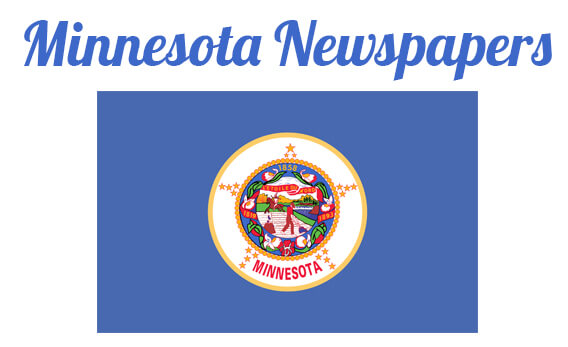 The Minnesota Daily is published in the University of Minnesota Campus Magazine. It was established in 1900. Monday and Thursday when the school was in session and was published weekly on Wednesdays in the summer sessions. It publishes American English language.

Post Bulletin is a news website based in Rochester, Minnesota. Its website provides community coverage with a print product seven days a week. The newspaper covers an e-paper seven days a week. Its daily circulation is 70,000 and weekly 80,000. It publishes in broadsheet format. This newspaper publishes a monthly magazine which is also popular.

St. Paul’s Pioneer Press is a leading newspaper that serves the Twin Cities metropolitan area. It was established in 1849 by James M. Goodhue. This daily newspaper publishes in broadsheet format. Digital First Media is the present owner of this newspaper.

Star Tribune is the biggest daily newspaper in Minnesota. The daily circulation of this newspaper is 251,820. It was established on 25 May 1867. It covers news like business, sports, politics, travel, education, and more.

Duluth News Tribune is a broadsheet format newspaper in the American English language. Forum Communications is the owner of this paper. This was founded on 24 April 1869.

St. Cloud Times is a daily English language newspaper. The headquarter of this newspaper is situated in St. Cloud, Minnesota.

Click on the link to read the news from all the authentic sites of Minnesota Newspapers.