Each country has its own culture and traditions. And all those issues are known to the world through the media. We can learn about the current situation in other countries by reading newspapers. Newspapers are a medium that helps to know the overall situation of one’s own country and other countries. For this, we should all read the newspapers of our own country as well as other countries. The easiest way for this is online. Because you can read news from any part of the world online. Stay tuned to our website to read news and newspapers from all other states. Today’s post discusses Pennsylvania Newspapers and its online site. 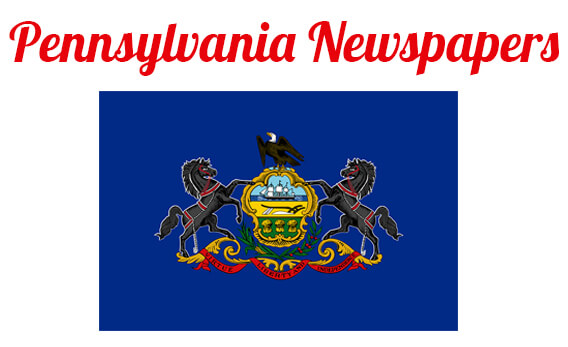 Pittsburgh Post-Gazette is the biggest newspaper in Pennsylvania. It completed daily print publishing in 2018. Presently only publishes print editions two days a week. Block Communications is the current owner of this paper. It was established on 29 July 1786 by John Scull and Joseph Hall. This was the first printed newspaper west of the Allegheny Mountains.

The Patriot-News is the biggest broadsheet format newspaper in Pennsylvania, the metropolitan area. It was founded on 4 March 1854. Advance Publications is the proprietor of this paper since 1947. It is published three days a week on Sundays, Tuesdays and Thursdays.

Berkshire Eagle is a daily newspaper in broadsheet format. The paper features Berkshire County, as well as four communities in New York near Pittsfield. It has been owned by local Berkshire County investors since 1 May 2016. It has been publishing news with a reputation since 1789. This paper publishes in the English language.

The Times-Tribune is a daily and Sunday morning newspaper. It prints in English language broadsheet format. Times-Shamrock Communications is the current owner of this paper. It publishes news such as business, lifestyle, comics, sports, local, and international news.

The Intelligencer was started its journey in 1804. It is a daily morning newspaper. Mike Jameson is the publisher of this paper. It is headquartered in North Broad Street, Doylestown, Pennsylvania. The paper’s daily circulation is 40,015. Normally it publishes in broadsheet format.

Reading Eagle is a leading Berliner format newspaper. It was launched on 28 January 1868. Reading Eagle Company is the proprietor of this paper. It always publishes authentic and true news.

You can learn more about Pennsylvania Newspapers by reading today’s post in its entirety. In addition, you can also read the news directly from the website by clicking on the link.