New Jersey is a northeastern American state on the Atlantic coast. The media sites in this state are very advanced in all respects. Many popular newspapers are published in this state. Which has long since been printed with a reputation. Every news site here gives accurate information and authentic news. There are many who like to read news from other states. Our website is specially designed for them. Today’s post gives details of New Jersey Newspapers and links to its online sites. 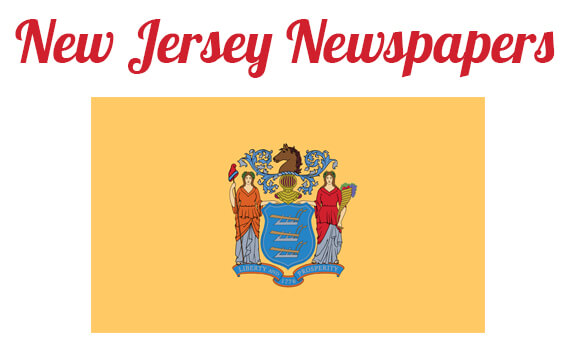 The Times of Trenton

The Times is a daily newspaper based in Trenton and Mercer County with a focus on the New Jersey government. It had a circulation of 88,336 on Sunday and daily circulation of 77,405. It was established in 1882. Advance Publications is the owner of this paper. It publishes in the English language.

The South Jersey Times is an English-language newspaper served in the South Jersey area. It started publishing on 4 November 2012. It gained popularity within a very short time of publication. The paper features news like current affairs, business, politics, travel, and more.

The Star-Ledger is the biggest circulated newspaper in the state of New Jersey. This is a sister paper from the Jersey Journal of Jersey City. It was established in 1832 as Newark’s first daily newspaper. It publishes in the American English language and broadsheet format. Richard Vezza is the publisher of this paper.

Asbury Park Press is the third largest performance in the state. The paper was first launched in 1879. Its digital site receives 2.5 million unique visitors a month. It has won many well-known prizes. Gannett is the present owner of this paper. It covers sports, daily updates, jobs, politics, business, and many more.

The Daily Record is a popular tabloid format newspaper. This daily newspaper publishes from Monday to Saturday. The website is updated seven days a week, on an hourly basis.

South Jersey Times was established on 4 November 2012. It prints in the English language. Rhonda Barlow is the publisher of this paper.

Home News Tribune is a leading newspaper in New Jersey. Its daily weekday circulation is 49,000. It publishes varieties of current affairs and international updates.

Click on the link above to read the news directly from the New Jersey Newspapers website. Each link provided here is its own site.