We should all read the newspaper regularly to get daily updated news. You can find out about newspapers from home and abroad on our website. Today’s post discusses Nebraska Newspapers and news sites in detail. 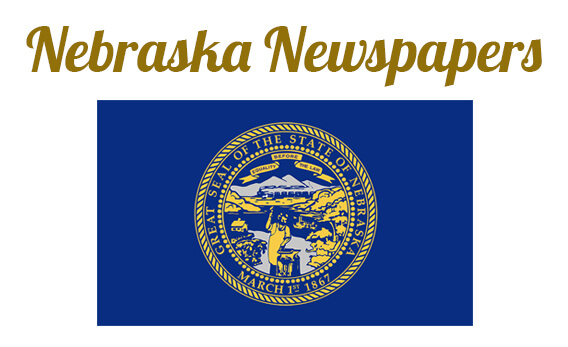 Lincoln Journal Star is a daily newspaper in Nebraska, United State. It is published in a few steps under different names. The paper was first published on 7 September 1867. Lee Enterprises is the owner of this paper. It publishes in broadsheet format and English language. This newspaper is published in almost every state.

The Star-Herald is a newspaper in and around Scottsbluff, Nebraska. Except for Monday, the paper is published every day. It was founded in 1912. Rich Macke is the present editor of this paper. This paper publishes in Digital and Broadsheet format.

Omaha World-Herald is a daily broadsheet format newspaper. It was established on 24 August 1885. The paper has won three famous Pulitzer Prizes. It covers varieties of local and international news such as business, politics, sports, education, media, and more.

Norfolk Daily News was first launched on 1 May 1887. It is a daily Broadsheet format newspaper. House Publishing is the owner of this newspaper. The location of this is situated in Norfolk, Nebraska.

The Grand Island Independent covers seven days a week, but not on Christmas Day. The daily performance of the paper is 20,500 in eleven counties in central Nebraska. It was founded on 2 July 1870. The paper prints in the English language. Omaha World-Herald Co. is the owner of this paper.

Kearney Hub is a daily English language newspaper. Shon Barenklau is the publisher of this paper since 2018.

Hastings Tribune newspaper is published six days a week except for Sundays. This daily newspaper publishes in broadsheet format. Seaton Publishing Company, Inc. is the owner of this paper.

Twin Falls Times-News is a daily newspaper founded in 1904. It writes in the English language. The daily circulation of this paper is 19,431 and Sunday 21,059.

The Columbus Telegram newspaper is delivered from afternoon Friday to Saturday morning. It was established on 28 February 1874. The paper covers varieties of news like local current news, international top news, business, politics, and more.

Read the full post to know more about Nebraska Newspapers.