North Carolina is a wonderful state in southeastern America. Its newspaper media is much more advanced which is published in other streets. Read the full post to know more about North Carolina Newspapers. 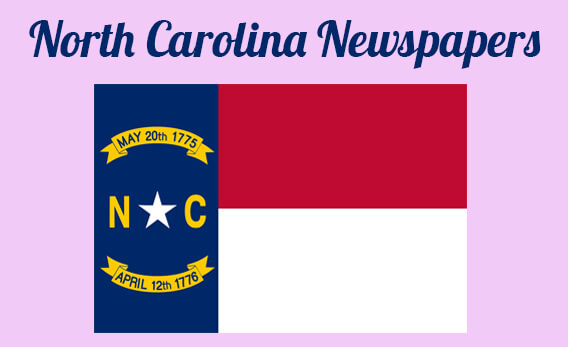 The Charlotte Observer is a daily broadsheet format newspaper. It prints in the American English language. It is the second-largest circulation of any Carolinas newspaper as of 2020. Chatham Asset Management is the owner of this paper. The paper was established in 1886. It covers news such as sports, politics, business, culture, arts, and more.

The News & Observer was founded in 1865 by the Rev. William E. Pell. It is an American regional newspaper. The main owner of this paper is McClatchy Company. This daily newspaper publishes in broadsheet format. The daily circulation of this paper is 52,941 and Sunday 58,469. The paper was to launch an online version of the world’s first publication.

Winston-Salem Journal is a daily newspaper in North Carolina. It was first launched in 1897. The paper is owned by Lee Enterprises. It publishes in the American language broadsheet format. It creates several weekly sections, including Business, Journal West, Food, and Release. The paper also covers a City magazine called Winston-Salem Monthlywhich release every month.

The Fayetteville Observer is a daily newspaper in North Carolina. Lorry Williams is the news editor of this paper. It was established in 1816. Normally, it prints in the American English language. It has a presence on Facebook to distribute communication and news with readers. It has won many popular prizes.

Asheville Citizen-Times was established in 1870 as weekly and became daily in 1885. Tom Claybaugh is the publisher of this paper. The Sunday circulation of this paper is 36,208 and daily 26,347. It publishes in the English language.

StarNews was first launched on 23 September 1867 by William H. Bernard. It is the oldest North Carolina newspaper in terms of continuous publication. It publishes in the American English language.

The Gaston Gazette is owned by Freedom Communications. It is a daily American English language newspaper. Lucy Talley is the publisher of this paper.

To read news from North Carolina Newspapers and news sites, you can read the news directly by clicking on the link above.