One of the most important things in daily life is the newspaper. Most people’s day starts with a newspaper. Where we get all the news from home and abroad at once. Also, its necessity as a means of entertainment is immense. Whatever sector you like, you will find everything together here. That’s why it’s not a problem to find the subject of your choice. We regularly update all state newspapers on this website. If you read today’s post, you can learn about Oregon Newspapers and read the news directly from the website link. 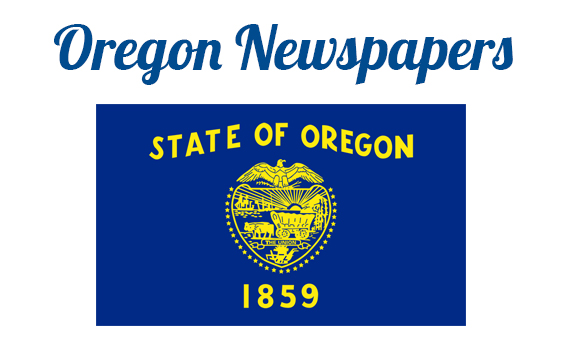 The Oregonian is a tabloid format newspaper in Portland, Oregon. It was established on 4 December 1850 by Thomas J. Dryer. It is the biggest newspaper in Oregon and the second-biggest newspaper in circulation in the Pacific Northwest. Advance Publications is the current owner of this paper. For Public Service, the paper takes up the 2001 Pulitzer Prize. Paper workers or independent writers have also received seven Pulitzer Prizes.

Statesman Journal was first launched on 28 March 1851 by Samuel Thurston. It is the leading daily newspaper printed in Salem, Oregon. Sunday’s readership is listed at 36,323, with an average weekly circulation of 27,859. Ryan Kedzierski is the publisher of this paper. It covers news, sports, politics, business, crime, education, environment, lifestyle, job, and more.

The Register-Guard is an American English language newspaper. This daily newspaper publishes in broadsheet format. It was founded on 1 June 1867 by John B. Alexander. It is the second-largest daily newspaper in Oregon. Gannett is the owner of this paper.

Mail Tribune is a daily broadsheet format newspaper. The first issue date of this paper is April 2, 1907. It was awarded the 1934 Pulitzer Prize for coverage of corrupt Jackson County politicians. Rosebud Media LLC is the proprietor of this paper. Its weekday circulation is 17,138 and Sunday 20,505.

Albany Democrat-Herald features news like business, sports, education, entertainment, lifestyle, job, weather, opinion, local, and international updates. It was founded on 1 August 1865 by James O’Meara. The paper is owned by Lee Enterprises. It prints in the English language.

Corvallis Gazette-Times was established in December 1863 by T. B. Odeneal. Lee Enterprises is the current owner of this paper. Its daily circulation is 8,607 and Sunday 8,905. It always publishes authentic and true news.

The News-Review is a community newspaper six days a week. It was first launched on 30 April 1867 by Henry R. Gale and Thomas. Patrick Markham is the proprietor of this newspaper. It prints in the English language.

Oregon Newspapers are more effective in getting accurate and precise information. Stay tuned to our website and read all state newspapers.