Tennessee is a midland state in the south of the United States. It is very rich in media sections such as television and newspapers. It is home to more than 120 newspapers. The most widely circulated paid newspaper in the state. There are some popular newspapers in this state which are also published in other states. Today’s post is arranged with Tennessee Newspapers and online news sites. There is also an online link for each news site. You can read the news from any part of the world by clicking on the link. 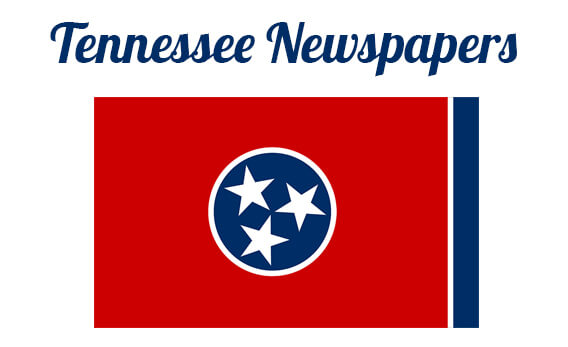 Knoxville News Sentinel was started its journey in 1886. This daily newspaper is owned by Gannett. Its daily circulation is 119,172 and Sunday 150,147. Jack McElroy is the chief editor of this paper. It covers crime, politics, business, travel, sports, job, and more.

The Commercial Appeal daily broadsheet format newspaper. Mike Jung is the publisher and Mark Russell is the editor of this newspaper. It was established in 1841. It has won Pulitzer Prize for Public Service. The headquarters of this paper is situated in Memphis, Tennessee.

Chattanooga Times is one of the leading daily newspapers in Tennessee. WEHCO Media, Inc. is the owner of this paper. The Times was published in 1869, the Free Press in 1933, and the Times Free Press in 1999. Jeff DeLoach is the current president of this newspaper.

The Bristol Herald Courier was first launched in August 1865 by John Slack. It is a 39,000 conventional daily newspaper. Normally, this paper publishes in broadsheet format. Lee Enterprises is the proprietor of this paper.

Kingsport Times-News was first published in 1944. Sandusky Newspapers, Inc. is the current owner of this paper. It prints in the English language. It won the Tennessee State Press Award for Reporting, Photography, Editorial Writing, and Design.

Read the full post to know more about Tennessee Newspapers. There is a link to the online website of each newspaper where you can read the news directly from the website by clicking.