Missouri is a state in the Midwestern United States with a population of over six million. The media of this country especially the news sites are much improved. Newspapers here always print authentic and quality news. Today’s post describes the details of Missouri Newspapers and news sites with website links. 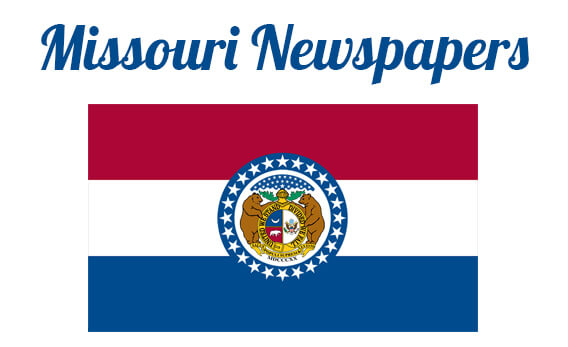 The Kansas City Star is a daily broadsheet format newspaper. The paper has won the greatest eight Pulitzer Prizes. It was established on 18 September 1880 by Samuel E. Morss and William Rockhill Nelson. McClatchy is the owner of this paper.

The Joplin Globe is a daily English language newspaper. It covers parts of 14 counties in southwestern Missouri. The paper was first launched on 9 August 1896. Dale Brendel is the publisher of this paper. The Local Media Association named The Globe “Newspaper of the Year” in 2012. It covers varieties of news such as politics, lifestyle, travel, business, education, and more.

St. Louis Post-Dispatch is the biggest regional newspaper in St. Louis, Missouri. It has gained 19 Pulitzer Prizes. The paper was established on 12 December 1878 by Joseph Pulitzer. It publishes in Compact format. It’s Sunday circulation is 105,931 and daily circulation is 67,848.

Columbia Daily Tribune distributes in a broadsheet seven days a week in the morning. This daily newspaper was first print on 12 September 1901 by Charles Monro. Gannett Co. Inc. is the owner of this paper. It publishes jobs, education, travel, lifestyles, real estate, and more.

Southeast Missourian newspaper publishes 3 days every week. This paper began its journey on 3 October 1904. It publishes its news in the English language.

The Daily American Republic is a broadsheet format daily newspaper. It covers all types of authentic news from national and international, besides politics, education, travel, and more.

The Examiner is a popular leading newspaper in Missouri. It was founded on 12 March 1842 by James Aikenhead. Australian Community Media is the owner of this paper. The paper publishes in Tabloid format.

Springfield News-Leader is the main influential newspaper in the city of Missouri. This daily newspaper publishes in the English language.

St. Joseph News-Press is a popular daily morning newspaper. News-Press & Gazette Company is the owner of this paper.

Read the full post to know more about Missouri Newspapers. Also, if you want to read the news online, you can read the news directly by clicking on the link given in the post.