Newspapers are inextricably linked with modern life. It is unthinkable that in this modern age no one will read a newspaper. However, many changes have taken place in this sector over time. Before people only read printed newspapers and now it is possible to read this online. News published online saves a lot of working people’s time and they can read the news at any time at their convenience. Which adds new dimensions to our modern life. Today’s post is written about the details of Virginia Newspapers and its online site. Virginia is a state in the Mid-Atlantic and Southeast regions of the United States. News sites are one of the most developed media sectors in the state. Read the full post to know more about this. 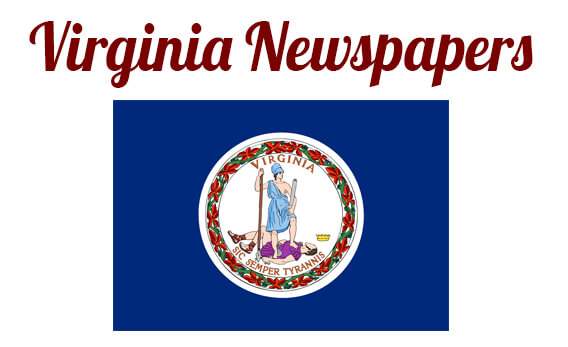 The Virginian-Pilot is a broadsheet format daily newspaper. It was first established in 1865 by Samuel Slover. The present owner of this paper is Tribune Publishing. It has won the famous three Pulitzer Prizes. Its daily circulation amount is 156,968.

Richmond Times-Dispatch daily morning newspaper in Virginia. Lee Enterprises is the current proprietor of this paper. It started its journey in 1850 by Cowardin and Davis. This is the second-highest circulation in the Virginia newspaper. The average weekday circulation of this paper is 89,401 and Sunday 120,280.

The Roanoke Times is a primary daily newspaper. The paper features varieties of news such as the latest updates, crime, sports entertainment, technology, politics, lifestyle, buy & sell, jobs, and more. It was established in 1886. Its morning circulation number is 65,000.

Daily Press is a daily broadsheet format newspaper. The paper is owned by Tribune Publishing. It was first published in 1896. The daily circulation is 55,000 and Sunday 85,000. Par Ridder is the chief publisher of this paper.

The first issue date of Bristol Herald-Courier is August 1865 by John Slack. Its political coordination is completely independent. For public service, it has won Pulitzer Prize in 2010. It is also awarded more honors.

The News & Advance is a broadsheet format daily newspaper. It was launched on 15 January 1866. Newspapers use articles from news organizations such as the Associated Press as well as news organizations owned by the former Media General. It publishes news like sports, entertainment, lifestyle, jobs, crime, education, and more.

To read Virginia Newspapers directly from an online website, click on the link given above and stay with our website to know about news sites of other countries.