New York is a popular state of America. This state is rich in all respects. In a word, it can be said a perfect city. The popularity of this state’s newspaper is worldwide. Today’s post is about New York State Newspapers and online websites. 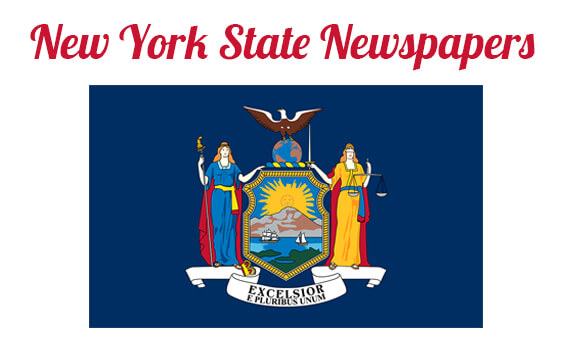 The New York Times is a daily broadsheet format newspaper based in New York City. It is ranked 3rd in the United States and 18th in the world in terms of circulation. It was founded in 1851 by George Jones and Henry Jarvis Raymond. The New York Times Company is the owner of the paper. It won a very popular 130 Pulitzer Prizes.

Newsday is a daily tabloid format newspaper. It was founded on 3 September 1940 by Harry Guggenheim and Alicia Patterson. Newsday Media is the owner of this paper. It has been shortlisted for 20 more and has won 19 Pulitzer Prizes. It covers education, sports, weather, entertainment, business, job, and more.

The Wall Street Journal is a business-oriented and English-language international daily newspaper. It was first launched on 8 July 1889 by Edward Jones, Charles Dow, and Charles Bergstresser. It prints in the English language.

New York Daily News was established on 24 June 1919 by Joseph Medill Patterson. It publishes in tabloid format. Tribune Publishing is the owner of this paper. Politically this paper supports populists.

New York Post daily tabloid format newspaper. It begins its journey on 16 November 1801. NYP Holdings, Inc. is the owner of this paper. It prints in Tabloid format. The publisher of this paper is Sean Giancola. It features news, metro, sports, business, entertainment, fashion, media, and more.

The Post-Standard is a serving daily newspaper in Syracuse, New York. Advance Publications is the owner of this paper. It’s Tuesday/Thursday circulation is 71,101 and Sunday 120,363. It was established in 1829.

AM New York is a free morning daily newspaper. It was founded on 10 October 2003 by Russel Pergament. The paper prints in the English language. The newspaper is headquartered in New York City.

The Buffalo News is a paper of the Buffalo-Niagara Falls area. Lee Enterprises is the present owner of this newspaper. It was first launched on 11 October 1880 by Edward Hubert Butler.

Stay tuned to our website to learn about New York State Newspapers and read news directly from the link.