Michigan is a state of the upper midwestern USA. Newspapers play an essential role in every nation. Because we get all the news from home and abroad through newspapers. Today’s post details Michigan Newspapers and its online news site.

Michigan Newspapers & Online News are a major source of news and information for the state of Michigan.

Michigan has a long history of journalism dating back to the 1800s. Newspapers have been around for over 200 years and have played a major role in the development of Michigan.

Michigan has always been home to some of the most influential newspapers in the world. The Detroit Free Press, which is one of the largest metropolitan newspapers in America, was founded in 1831 and is still published today. The Lansing State Journal, which is Michigan’s second-largest newspaper, was founded as a weekly paper in 1868 and is now published six days per week. 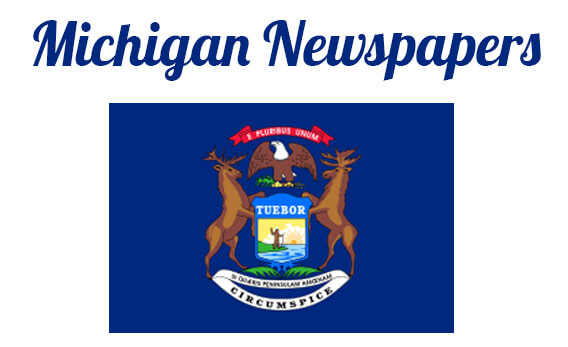 Michigan Online News Sites is a collection of online news and information sites that provide coverage of the state of Michigan.

The Flint Journal is a very popular broadsheet format quad-weekly newspaper. It was established in 1876 by Washington Irving Beardsley and Charles Fellows. Booth Newspaper is the present owner of this paper. There was 33,215 paid circulation for the weekly edition at the end of 2017. It covers the latest news, life, sports, weather, and more.

The Detroit News is one of the two largest newspapers in Michigan, USA. It is a daily newspaper in broadsheet format. Digital First Media is the owner of this paper. It was founded in 1873. It has an online version, which has separate websites for connecting countries in the European Union with proper security.

Lansing State Journal is the broadsheet format newspaper published in Metropolitan Lansing. It was first launched on 28 April 1855. Gannett is the owner of this daily newspaper. The circulation of this newspaper is Saturday 43885, Sunday 65904, and weekday 40330.

The Detroit Free Press has established in 1831 by John R. Williams and Joseph Campau. It is the biggest daily newspaper in Michigan, USA. Its daily circulation is 234,579 and Sunday circulation is 639,350. It publishes in Broadsheet format.

Record-Eagle is a very popular daily morning newspaper. Dow Jones & Company is the owner and Wall Street Journal is the publisher of this paper. It publishes varieties of news such as business, tourism, lifestyles, and sports.

The Macomb Daily is the only daily newspaper that serves Macomb County. Digital First Media is the owner of this paper. It is one of the first daily newspapers to run its operations automatically on a computer.

Kalamazoo Gazette is a part of Michigan’s largest local media organization MLive Media Group. It publishes every day of the week. Mainly established in 1833 by John D. Defrees.

The Oakland Press began its journey in 1972. 21st Century Media is the owner of this daily newspaper. It covers different types of authentic news from national and international.

Michigan Newspapers is a media service of the Michigan Press Association that offers a variety of news and information for readers across the state.

There are many ways to access the site, including through a web browser, mobile app, or RSS feed.

This post will help you to know about Michigan Newspapers and read the news directly from the website link. The company publishes more than 100 daily newspapers, with more than 600 local news organizations in the United States and Canada.