South Dakota is a sparsely populated and vast midwestern state in America. It is the seventeenth biggest by area. The fertile soil of the Eastern South Dakota area is used for the cultivation of various crops. The media sector along with other sectors of this state is very developed. Nine television stations broadcast in this state. Several South Dakotans are famous for their work in publishing and television. There are some newspapers here which are also popular and published in other states. On our website, we are constantly adding newspaper details of the new state. Today’s article is about South Dakota Newspapers and online news sites. Those who are interested in newspapers in this state can find out the details by reading the full post. Not only this, by doing so you will gain more detailed knowledge about this state. 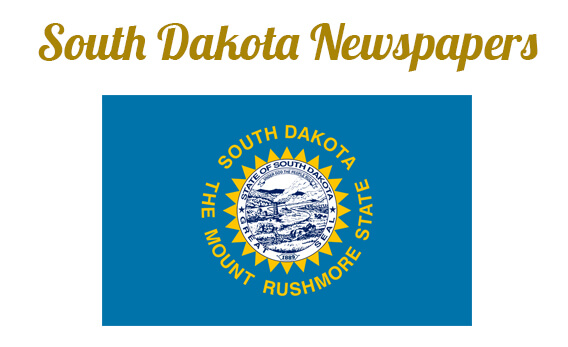 Argus Leader is the biggest daily newspaper in South Dakota. It was established in 1881. The paper covers an economic weekly, a handful of magazines, and the Sioux Falls Business Journal. Gannett is the owner of this paper. The weekly circulation of this paper is 23,721.

Aberdeen American News was first launched in 1885 by Paul Ware and C.W. Starling. The paper is printed six days a week from Monday to Saturday. The news company also publishes a weekly agricultural publication that reaches 18,000 households in 5 states. It is also available for online readers. It features news such as weather, job, politics, sports, business, entertainment, and more.

Rapid City Journal is the second biggest newspaper in South Dakota. It is owned by Lee Enterprises. Chadron (Neb.) Record is the sister newspaper of this paper. It began its journey on 5 January 1878. Normally, this daily newspaper prints in the English language. Kent Bush is the editor of this paper.

The first issue date of Watertown Public Opinion is March 27, 1887. It publishes a weekly edition from Monday to Friday in the afternoon and Saturday morning. It prints in broadsheet format and English language. The paper publishes local news, sports, entertainment, lifestyle, business, and many more.

The Brookings Register is a broadsheet format daily newspaper. It was founded on 13 June 1890. News Media Corporation is the proprietor of this newspaper. It is used for public notices, including notices issued to the Public Utility Commission in South Dakota. The paper publishes daily from Monday to Friday afternoon and Saturday morning with a focus on sports and local news.

Black Hills Pioneer is a tabloid format daily newspaper. It was established on 8 June 1876 by W. A. Laughlin and A. W. Merrick. The paper publishes news in the English language. Its weekly pioneer has been featured in the HBO television series Deadwood.

Pierre Capital-Journal was first launched in 1881. It is a daily newspaper publishes in the English language. The headquarters of this paper locates in Pierre, South Dakota. Wick Communications is the current owner of this newspaper.