Nevada state is located in the western part of the US. Each country has its own culture and print media. Apart from the news of one’s own country, other news of the country and abroad are also printed in the print media. In today’s post, I will write details about Nevada Newspapers and its online news site. If you read the whole post, you will know about the news sites. You can also read the news directly from the website by clicking on the link. 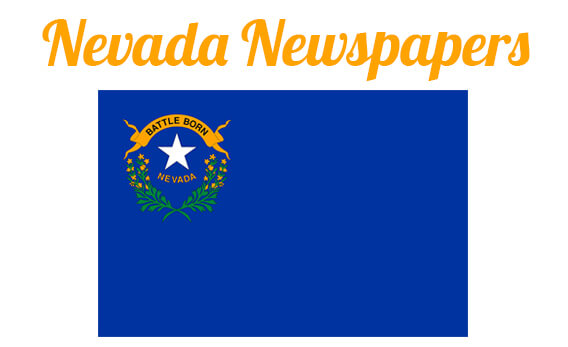 Las Vegas Weekly was established in 1992 by Greg Ryan, James P. Reza, and Robert Ringle. Basically, it is a weekly alternative newspaper. Greenspun Media Group is the owner of this paper. It publishes the arts, culture, recreation, and news of Las Vegas.

Nevada Appeal is a bi-weekly magazine printed in Carson City, Nevada. It was founded on 16 May 1865. Pacific Publishing Company is the owner of this company. The paper publishes in the English language. It is the most circulating paper in most of the regions in Northern Nevada and Eastern California.

Las Vegas Review-Journal is a broadsheet format newspaper in Las Vegas, Nevada. By circulation, it is one of the top 25 newspapers in the US. It is a Daily subscription newspaper. It covers current news, politics, education, business, sports, and more. The paper was first launched on 18 September 1909. It has won many famous awards for good and authentic publications. Its daily circulation is 172,366 and Sunday circulation 204,036.

El Tiempo is a nationally daily distributed newspaper in Colombia. It was first printed on 30 January 1911 by Alfonso Villegas Restrepo. The paper publishes news in the Spanish language. It is a broadsheet format newspaper. Luis Carlos Sarmiento Angulo is the present owner of this paper. The headquarters of this newspaper is Bogotá, D.C., Colombia. Politically this newspaper supports Centrism.

Las Vegas is one of the two daily subscription newspapers in the Las Vegas Valley. It was established on 21 May 1950. Greenspan family is the owner of this paper and affiliated with the Greenspun Media Group. Brian Greenspun is both of publisher and editor of this paper. It covers varieties of news such as sports, education, lifestyle, job, business, travel, and more.

Reno Gazette-Journal is Reno’s leading daily newspaper. It was founded on 23 November 1870. The paper is operated and owned by the Gannett Company. This newspaper publishes in Broadsheet format.

Vegas Inc. features related to Vegas business news, gaming, tourism, real estate, and much more. Basically, it is a business newspaper. It is usually published in the English language.

The Humboldt Sun is a newspaper that covers business, local news, politics, sports, and community events.

Reno News & Review covers different types of stories archives. This newspaper is an alternative source of recreation and authentic news.

Click on the link provided by us to read authentic news from Nevada Newspapers and news sites.