Rhode Island is a very popular state in New England region. It is the seventh-least populous and smallest state in the United States by area. This state has a combination of different cultures. However, the media sites here are much improved and popular in other states. There are many of us who are interested in the lifestyle, culture, and regular updates of other countries. One of the ways to know all this is through newspapers. Because now the online system is so advanced that you can get news from any part of the world. Our website is organized in such a way that you can learn about newspapers from almost all states and other countries. Today’s post is arranged with the details of Rhode Island Newspapers. In addition, the online website link of each newspaper has been added. 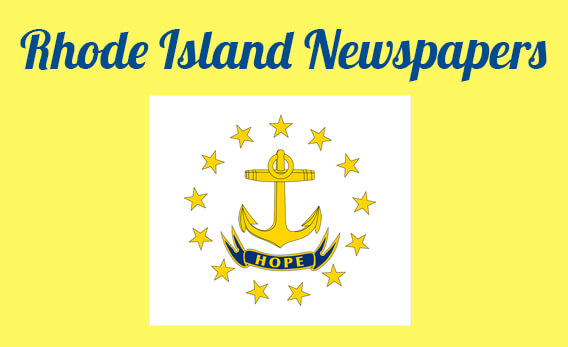 The Providence Journal is a daily newspaper in Rhode Island. It is the biggest newspaper in this state. It was started its journey on 1 July 1829 by “Honest” John Miller. The daily circulation of this paper is 29,957 and Sunday 38,500. Gannett is the current owner of this paper. It features entertainment, lifestyle, sports, news, job, politics, culture, and more.

The Valley Breeze is a privately owned publisher. This is one of the newspapers of Breeze publication. It is a weekly newspaper in five free tabloid-format. The paper was established in 1996 by James Quinn & Thomas V. Ward. Its ownership and publicity are completely private. It distributes 17,500 copies every week.

Sun Publishing Company is the owner of The Westerly Sun newspaper.  It is issued 7 days a week in the morning. Mainly it covers some cities including Charlestown, South Kingstown & Westerly, Hopkinton, Richmond, Rhode Island & Groton, Connecticut, North Stonington, and Stonington. Jody Boucher is the publisher of this paper. It was founded in 1857.

The Newport Daily News is a broadsheet format newspaper. Gannett is the present owner of this paper. It was launched on its journey in 1846. It is published on weekdays (Monday to Friday) in the morning and on Saturday mornings. The headquarter of this paper is situated at 272 Valley Road, Middletown, Rhode Island. Will Richmond is the chief editor of this paper.

The Jamestown Press was established in April 1989 by Barbara Malloy and Peter J. It is a leading weekly newspaper. Robert Berczuk is both of owner and publisher of this paper. Normally, it prints in broadsheet format. Its circulation is 5,500 and is published on Thursday. It publishes business, advertises, real estate, and more.

The Block Island Times is an independent newspaper. It is the only newspaper published on the island of Long Island Sound. It publishes in tabloid format. The paper was founded in 1970. The first editor of this newspaper is Margaret Cabel Self. Central Connecticut Communications is the proprietor of the paper.

The Pawtucket Times is a daily newspaper in broadsheet format. The first issue date of this paper is April 30, 1885. George O. Willard is the founder of this newspaper. The paper is owned by RISN Operations Inc.