Oklahoma is the south-central regional state of America. The name of the kingdom comes from the word Okla and Humma, meaning “red man”. The state is a major producer of natural oil, gas, and agricultural products. The state also relies on an economic base of telecommunications, energy, aviation, and biotechnology. It is the 20th biggest state in America which covering an area of 69,899 square miles. The media sector in this state is very developed and sophisticated. Many people are interested to know more in newspapers here. For them, today’s post is written about Oklahoma Newspapers and online sites. Read the full post to know more details. For those who want to read the news online, links to all the newspapers have been added. 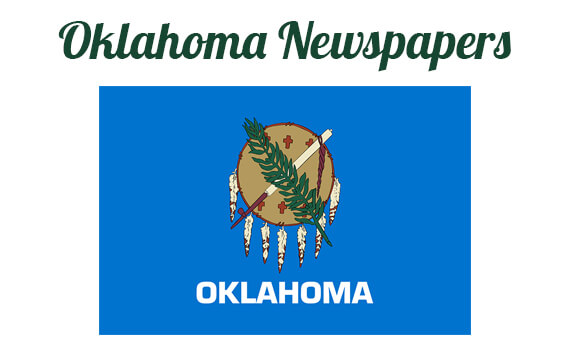 Tulsa World is a daily broadsheet format newspaper. It was established on 14 September 1905. Lee Enterprises is the current owner of this paper. The new owners announced that a corporate purchase of BH Media Group had been made in January 2020. The daily circulation of this paper is 93,558  and Sunday circulation 102,757.

The Oklahoman is the biggest daily newspaper in Oklahoma. It was first launched in 1889 by Sam Small. The daily circulation of this paper is 92,073. The paper is owned by Gannett. It publishes news such as education, politics, health, business, sports, weather, and more.

Enid News & Eagle was established on September 22, 1893. This daily newspaper prints in broadsheet format. CNHI is the present proprietor of this newspaper. This publication features several counties in northwestern Oklahoma. As of 2006, it has a daily circulation of 19,181 and a Sunday circulation of 20,204.

Muskogee Phoenix is a leading daily newspaper. It was established in February 1888. Community Newspaper Holdings Inc. is the current owner of this paper. Digital access to the paper is available 7 days a week but is printed five days a week (Tuesday-Saturday).

The Norman Transcript is the oldest business newspaper in Norman, Oklahoma. Its marketing slogan is “Trusted, tested, timeless.” It was first issued on 13 July 1889 by settler Edward Philip Ingle.

Bartlesville Examiner-Enterprise is an English language daily newspaper. Gannett is the present proprietor of this paper. Its daily circulation is 9,000. Mike Tupa is the sports editor of this paper.

This post has been added with links to all online websites of Oklahoma Newspapers. You can read the news directly by clicking on the website link of your choice.