Newspapers are one of the most essential things in our daily lives. It is one of the means of getting all the news of one’s own country and the world. That means through it we can keep in touch with the whole world. Each country prints its own newspaper in its own language and culture. Our website is basically arranged with newspapers from different countries and states. Today’s post is about Utah State’s newspaper details. Utah became the 45th state in America in 1896. It is bounded on the east by Colorado, on the north by Idaho, on the northeast by Wyoming, on the south by Arizona, and on the west by Nevada. Its media site is much improved. A good number of newspapers are published in this state. Read the full post to know more about Utah Newspapers. 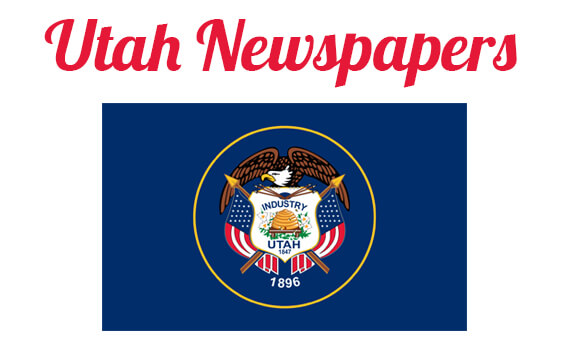 Standard-Examiner is a morning newspaper in Utah. The paper is owned by Ogden Newspapers. It was established on 1 January 1888. This daily newspaper prints in the English language. Its headquarters are located in Ogden, Utah. Ryan Christner is the chief editor of this paper. It covers current news, entertainment, sports, multimedia, lifestyle, and more.

Deseret News was first launched on 15 June 1850. It is a weekly print newspaper with a daily online edition. It publishes in broadsheet format. Deseret News Publishing Company is the present owner of this paper. Its weekday print circulation is 40,719 and Sunday is 109,330.

Salt Lake City Weekly is an alternative weekly newspaper. It publishes in tabloid format in the English language. Copperfield Publishing, Inc. is the proprietor of this newspaper. The first issue date of this paper is 1984 by John Saltas. It features news, A&E, eats & drink, music, film, events, and marketplace.

Sandy Journal is a local newspaper in Utah. It offers the best advertising from the different marketplace. Besides, it also publishes local life, entertainment, education, food, business, and more. It was founded in 1991.

This article will help you to know the details of the top papers of Utah Newspapers and get the link to the online website. So, read the full post for knowing more details. Many of these are printed as well as published on online websites. You can read the news of this state online from any part of the world.