We are all always interested in learning new things. There is no limit to the gain of knowledge. It is possible to acquire knowledge at any age, at any time. Newspaper is one of the great means of acquiring knowledge. Reading a newspaper every day is one of the good habits. Because it is a medium through we know the news of the whole world including one’s own country. Mauritius is a nation of islands in the Indian Ocean off the east coast of Africa. Mauritius Newspapers and news sites always reveal true facts.

Geographically, Mauritius is a section of the Mascarene Islands. The country’s Broadcasting Corporation broadcasts foreign television and radio broadcasts, as well as locally produced television and radio programs. The press here operates freely and has lots of daily and weekly publications in French, English, Chinese, and other languages. Mauritius news and express newspaper Mauritius are very popular in this country. Previously, newspapers used to be available only in print media but now it is available in both print and online. So the newspapers of this country have online websites as well as print media. 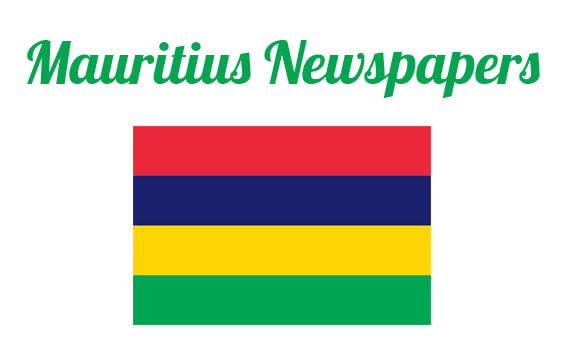 Le Mauricien is a daily newspaper in Mauritius. It was established in 1908. This independent newspaper publishes in tabloid format French language. The headquarter of this newspaper is 8 rue St Georges, Port Louis. It features economy, politics, sports, society, technology, and more.

L’Express is the most circulated newspaper in Mauritius. It published in Port Louis. The newspaper provides politics, society, economy, religions, sports, health, science, and the environment.

Mauritius Times established on 14 August 1954. It is a weekly newspaper in Port Louis. The newspaper publishes in the English language. Bikramsingh Ramlallah is the editor of this newspaper.

Le Défi Media is a weekly newspaper. The headquarter of this newspaper is Port Louis, Mauritius. This newspaper first launched in 1996. It publishes in the French language.

Pathirikai is an online journal. It publishes in the Tamil community of Mauritius. The newspaper covers varieties types of news such as national & international current affairs, business, education, region, and many more topics.

5-Plus Dimanche is a weekly newspaper. The newspaper publishes its article on the French language. It features different kinds of topics in national and international.

Maurice Info is a popular leading newspaper in Mauritius. It is written in the English language. So everyone can easily read this newspaper from all over the world. Mainly it covers recent latest updates and politics. Besides, it includes weather, business, lifestyle, and more.

ION News is a daily newspaper. It publishes in the English language. The newspaper provides society, economy, politics, business, sports, and lifestyle. The headquarter of this newspaper located in Soreze, Pailles, 11225, Mauritius.

Sunday Times is a French-language newspaper. Madelaine, Mauritius is the headquarter of this newspaper. It features politics, society, daily updates, sports, travel, entertainment, and more.

Zinfos Moris is a daily newspaper in Mauritius. The articles of this newspaper write in the French language. Basically, it publishes different kinds of topics such as economy, politics, health, society, culture, justice, sports, local & international news, and the environment.

Other News Sites Of Mauritius

Each of us should read the newspaper regularly. Reading newspapers increases our range of knowledge. This article will help you learn more about Mauritius Newspapers. If you want, you can read it directly by entering the link to the newspaper’s website.