Newspapers are a medium through which one can get with the health, history, education, business, politics, people, and economy of any country. Hong Kong is a special administrative region and situated on the southwest coast of China. Hong Kong newspapers are known to follow mostly pro-Beijing, a certain political position, or pro-democracy. Most of the newspapers are completely neutral or religious or focus on money.

Hong Kong is home to Asia’s largest Chinese and English language newspapers. The region is one of the largest press industries in the world and print journalism is a major center. Mainly, it was an isolated populated area consisting of several villages for fishermen and farmers. But now it is the most important economic and commercial center and seaport in the world. It is a very developed country. This country’s newspaper publishes in English and Khmer language. 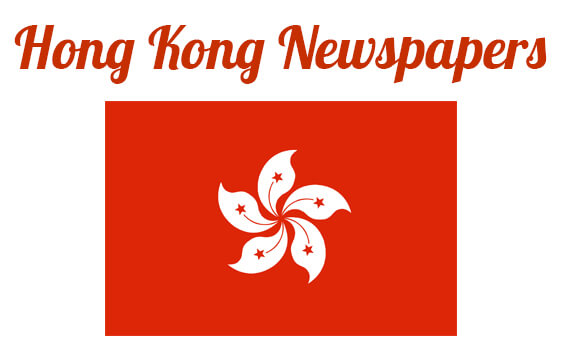 Newspapers play an important role in every country. Because we get updates from all over the world through newspapers. Newspapers print differently in each country. Let’s take a look at the list of some of Hong Kong’s major newspapers.

Oriental Daily News founded on 22 January 1969 by Ma Sik-chun and Ma Sik-yu. It is the most circulated daily newspaper in Hong Kong. It publishes in the broadsheet format and Chinese (traditional) language. The owner of this newspaper is Oriental Press Group.

South China Morning Post is a daily English newspaper in Hong Kong. It established on 6 November 1903 by Alfred Cunningham and Tse Tsan-tai. The owner of this paper is Alibaba Group. It provides varieties of news such as lifestyle, education, infographic, health & environment, politics, and more. It publishes in broadsheet format.

Apple Daily is a leading newspaper in Hong Kong. Next Digital is the owner of this newspaper. It founded on 20 June 1995 by Jim Lei Chi Ying. Mainly its focuses on celebrity coverage, anti-government political stance, reckless news style, and daily updates.

Ta Kung Pao is the oldest daily newspaper in Hong Kong. It established in 1902 by Tianjin. It publishes in broadsheet format. Hong Kong Liaison Office is the owner of this paper.

Sunday Examiner is a weekly newspaper that publishes every Sunday. It founded in 1946 and Roman Catholic Diocese is the owner of this newspaper.

Sing Tao is a daily newspaper founded in 1938. It is the oldest and 2nd largest newspaper in Hong Kong. It is also known as Sing Tao Jih Pao.

There are also various news sites are available in Hong Kong. All sites are popular & well known in this country. These newspapers published all authentic news and current updates.

In this post, I am trying to give information about Hong Kong Newspapers’ details and website links. Hope this post will be helpful for newspaper readers. If you have any questions then let us know via the comment section.