There are some interesting facts about Jordan, which are nonreligious, nonpolitical, and generally interesting, which will hopefully inspire you to get here. It is usually in the middle of the Middle East, with Switzerland and many neighboring countries in the middle. The land of Jordan is quite hilly. The mountains are reminiscent of past earthquakes. There are several old museums with many historical events. If anyone wants an exciting and adventurous trip they can go to the country. 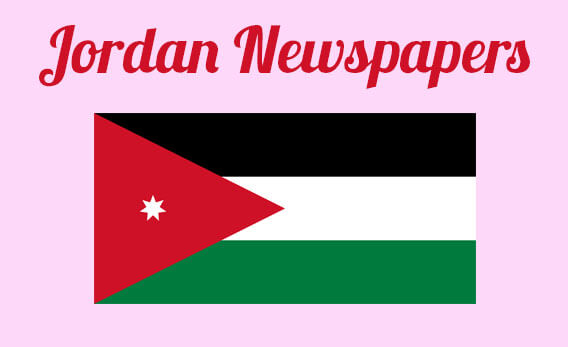 Ad Dustour is a Print, online format daily newspaper. Jordan Press and Publishing Company is the owner of this paper. Mustafa Riyalat is the editor of this paper. It was founded on 28 March 1967. It was a private company until 1986 when the Jordanian government bought a portion of it. There are about 600 employees of this paper. The headquarters locates in Amman, Jordan.

Saraya News is an online format daily Arabic newspaper. Seif Obeidat is the chief editor of this paper. It was published in 2007. Khubrani Media and Advertising Company is the owner of this paper. It was blocked in June 2013 by the Jordanian government. The reason for blocking was the inappropriate publication and organization of websites under the new Press and Publishing Act.

Khaberni is a very popular daily news agency. This online format newspaper publishes news such as sports, parliament, science, career, occasion, and more. Mohammad Hawamed is the chief editor of this paper. The headquarter locates in Aman. It was established in 2006.

Ammon News was first published in 2006 by Sameer Al Hayari and Bassel Elkour. Ahmad Alhyari is the chief editor and Abdullah Mismar is the managing editor of this paper. It publishes in Arabic and Engish language. According to Alexa, until 2011 it was the most popular website in the country with 250,000 visitors per day. In 2012, this was the fifth most visited website in the Arab world.

Al Bawaba is a leading news, blogging, and media website. Paper considers “the largest independent producer and distributor of content in the Middle East. Al Bawaba Middle East Limited is the owner of this paper. It is headquartered in Amman, Jordan, and has an office in Kuwait.

The Star is a weekly English language newspaper. Jordan Press and Publishing Company is the current proprietor of this paper. It was launched in 1993 but ceased in August 2011.

Al Ahali is a daily Arabic language newspaper. It has been circulating since 1 February 1978. It’s the official media outlet of the National Progressive Unionist Party. The headquarter situates in Cairo.

Shihan is a weekly newspaper. It was founded on 2 February 2006. Arab Printers Company is the publisher of this paper. The paper is affiliated with the Muslim Brotherhood group in Jordan.

Those who are news lovers know about Jordan Newspapers from today’s post. If you have any opinion regarding this, you can let us know through comments.