Those who like to read Arabic News can find out more about Iran Newspapers from today’s post. The Islamic Republic of Iran is a country in West Asia, also known as Persia. The land area of the country is 1.648 km2 and the population is 83 million. Tehran is the capital, the center of the economy and politics, and the most populous city in West Asia. This country is home to some of the oldest civilizations, such as the Elamite Kingdom, dating to the 4th millennium BC. In the 19th century, it lost some territories due to the conflict between Russia and the United Kingdom but remained one of the few non-European states.

The Constitutional Revolution of Persia was established in the early 20th century and it became a larger democracy. The country’s core economy is a mixture of oil state ownership, agriculture, central planning, and private trade initiatives. Its GDP in 2017 was recorded at 427.7 billion and PPP was 63 1.631 trillion dollars. Its main exports, however, are natural gas and oil, which account for up to 82% of export earnings. Other exports include fruits, metals, plastics, chemicals, and ceramics. Its artners are China, Japan, and Turkey. Although the country’s main importers are iron, steel, food grains, chemicals, and machinery. Its import partners are China, South Korea, the United Arab Emirates, Turkey, and Germany. Let’s find out about its media and newspapers from the rest of the post. 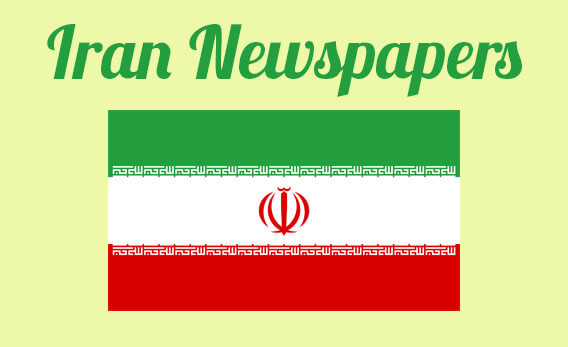 Donyay-e-Eqtesad is a broadsheet format daily newspaper. This is also a book publisher. It was established in October 2002. It is one of the most widely circulated newspapers in Iran. Alireza Bakhtiari is the owner of this paper. It had almost 50,000 circulations. DEN Group is the publisher and Ali Mirzakhani is the editor of this paper. It contains regular editorial articles and analytical comments on domestic and world economies.

Entekhab is a Persian language newspaper. It was started its journey in 1991 by Mohammad Mahdi Faghihi. Instructed to close this paper as soon as it started. Although it was later reopened, the paper was banned in 2004. The paper still operates an online version and is one of the most popular news websites with a focus on foreign policy and domestic issues.

Jaam-e Jam is a Persian language daily newspaper. IRIB is the owner and publisher of this paper. It was founded on 29 March 2000. Akbar Yaghoobi is the chief editor of this paper. It had more than 90,000 circulations daily. The headquarters locates in Mirdamad Boulevard, Tehran, Iran.

Hamshahri is a broadsheet format daily newspaper. It is Iran’s first color daily newspaper and has over 60 pages of classified ads. It was first launched on 15 December 1992 by Gholamhossein Karbaschi. This Persian language newspaper locates in Tehran. The municipality of Tehran is the owner of this paper.

Kayhan was first launched in February 1943 by Mostafa Mesbahzadeh and Abdolrahman Faramarzi. It has about 1,000 employees all over the world. Keyhan Institute is the current owner of this paper.

Shargh is a broadsheet format leading newspaper in Iran. It was established on 24 August 2003. Mehdi Rahmanian is the owner of this paper. Its headquarter locates in Argentina Street, Tehran, Iran. Golriz Institute is the publisher and Ahmad Gholami is the editor of this paper.

Tehran Times is an Internet resource Daily newspaper. The Islamic Ideology Dissemination Organization is the owner of this paper. It was first released on 21 May 1979. Policymakers, ambassadors, academics, and international affairs analysts often contribute to the paper.

I hope today’s complete post has helped you to know about Iran Newspapers and its news site. You can read direct news from any part of the world from every link given here.