You can find out about the top sites of Indonesian Newspapers from today’s post in the daily series. Indonesia is one of the most attractive countries in Southeast Asia. It is the largest island country in the world with 17,000 islands all of which have a tropical climate because it is situated along the equator. It has a vague quality that intoxicates your heart and gives you the ability to drive in miracles. And it has a population of about 230 million people making it one of the most populous nations in the world. Jakarta is the capital of this country and hence the largest population in the world is Muslim. The country has created a lot of jobs for locals worldwide. It has a tropical climate that favors and supports abundant flora and fauna.

The islands of Indonesia are referred to as the Sunda Shelf, which was once associated with tons of wildlife supporting mainland Asia. The surrounding wildlife species in the sand include orangutans, rhinoceros, leopards, tigers, and elephants. There are more than 1,531 bird species that have close references to Australia. The country’s ecosystem includes beaches, walls, mangroves, marine beds, sand dunes, estuaries, coastal mudflats, and more. Major agricultural products include rice, spices, vegetable oil, coffee, and rubber. Other major sectors include mining, textiles, gas, and petroleum production. However, its media sites are much better which you can find out from today’s post. 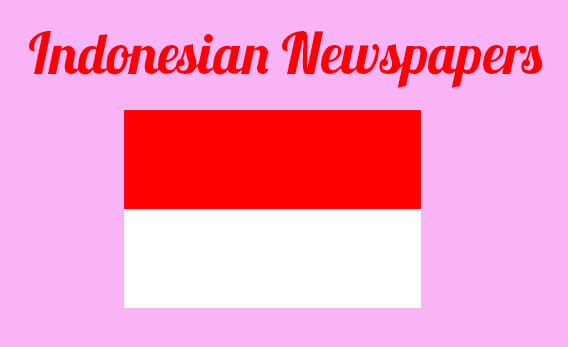 Kompas is a broadsheet format national newspaper in Indonesia. It was launched in 28 June 1965 by P. K. Ojong and Jakob Oetama. PT Kompas Media Nusantara is the owner of this paper. This media is a part of Kompas Gramedia Group. Its political alliance is secular. It is monitored by the International Federation of Audit Bureau of Circulation. The circulation of this paper average of 500,000.

Pikiran Rakyat was first launched on 30 May 1950 by director and editor-in-chief Djamal Ali and A.Z. Palindih. It is spread across the West Java and Banten provinces. It is owned by Grup Pikiran Rakyat.

Republika is a daily morning newspaper. Mahaka Media is the owner of this paper. It was founded on 3 January 1993 by Yayasan Abdi Bangsa. Irfan Junaidi is the chief editor of this paper. The newspaper describes itself as a publication for the Muslim community.

Media Indonesia is a daily newspaper owned by Media Group. It was covered on 19 January 1970 by Teuku Yousli Syah. Normally, it publishes in the Indonesian language in Jakarta.

Bisnis Indonesia is a broadsheet format daily business newspaper. It was founded on 14 December 1985. Sukamdani Sahid,Ciputra, Gitosardjono, Eric FH Samola, and Anthony Salim are the co-founder of this paper. PT Jurnalindo Aksara Grafika is the owner of this paper. Its sister newspapers are Harian Jogja, Solopos, Monitor Depok, and Indonesia Shang Bao.

Jakarta Post is a broadsheet format English language newspaper. PT Bina Media Tenggara is the owner of this paper. Its first edition was published on 25 April 1983. Presently, it has a circulation of about 40,000. This paper is a member of Asia News Network.

Koran Tempo is a daily online digital newspaper. It was first featured as a physical newspaper on 2 April 2001. Which had 100,000 circulations daily. It was mainly covered in broadsheet format, before being converted to tabloids in 2005. From January 2021, the paper will be published in digital version only, which can be accessed from the paper’s website.

Berita Satu is a digital free-to-air news channel. BeritaSatu Media Holdings is the owner of this channel. It was founded in May 1998 by PT Jaring Data Interaktif. The channel mostly shows talk shows and infotainment programs related to business, lifestyle, politics, economy, and entertainment.

Jawa Pos is a leading daily newspaper. It is printed from Monday to Saturday in broadsheet and Sunday in tabloid format. It was established on 1 July 1949 by The Chung Shen. The headquarter locates in Graha Pena, Surabaya, Indonesia.

Hopefully, today’s post has helped you to know about Indonesian Newspapers and their news site. If you have any questions on this topic, you can let us know through the comments section.