After the popularity of print media in the late eighteenth century, newspapers became a regular thing. The printing press brought with it the advent of the age of knowledge and information. Newspapers are the easiest way to transfer information about what happened around the world. Newspapers start printing very early in the morning and distributed in a regular manner. So to keep pace in this modern age, reading newspapers is very important for everyone. Georgia is a republic country in Eastern Europe. Georgian Newspapers and news sites are also popular in Europe.

The newspaper is an important element of our modern life. It contains varieties of topics such as opinions, news, advertisements, and other items of general interest. We cannot imagine a single day without newspapers. The landscape of Georgia is diverse. It has high hills and fertile coastal lowlands. Tbilisi Georgia News and Tbilisi Georgia News Today are famous and well-known newspapers in Georgia. The media sites in this country quite developed. 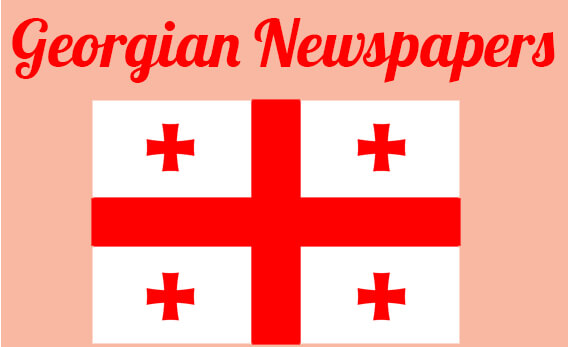 There are varieties of print and online newspapers are available in Georgia. Georgia news sites are very developed and some newspapers are popular all over the world. Let’s check some leading newspapers’ details and site links of this country.

Georgian Journal is a weekly newspaper in Tbilisi, Georgia. It was founded on 24 May 2007. It is published by the Kviris Palitra Publishers. The paper publishes in the broadsheet format and printed in English.

The Financial was established on 6 October 2005 by Zviad Pochkhua. The owner of this newspaper is Intelligence Group llc. It is a daily newspaper and serving Kiev, Ukraine, Tbilisi, Georgia. It covers business, news from all over the world, technology, lifestyle, health, education, media, and more.

The Messenger is an English-language newspaper in Georgia. This daily newspaper features varieties of tops such as culture & events, daily updates, current affairs, economy, and advertisement.

Georgian Times is a leading newspaper in Georgia. It publishes its articles in the English language.  The newspaper covers varieties of news from national and international.

Civil Georgia is a news site that was established in July 2001 by the UN Association of Georgia. It publishes in English, Russian, and Georgian language. Its website has more than 10,000 visitors per day. Mainly it features analytical articles and news stories on Georgia’s social and political life.

Kvilis Palitra published in Tbilisi, Georgia. It is a popular private weekly newspaper. The articles of this newspaper are published in the Georgian language. Normally it covers politics, society, economy, law, sports, world news, lifestyle, and one part for women.

Intermedia was founded in 1995 in Georgia. The newspaper publishes society, politics, economy, sports, science, culture, fashion, and health. It writes all articles in the Georgian language.

Pressportal.de is a website that publishes press releases. Especially this newspaper features denials, statements, products, and events. It publishes in the German language.

Zdf heute is a German channel of a television news program. It broadcasts varieties of news from Europe, German, and the world. Besides it also broadcasts news about sports, entertainment, culture, and more.