Today’s post is mainly about Ghana Newspapers, News Sites, and Magazines. Ghana is a country in West Africa that is bounded in the south by the Atlantic Ocean. The country is divided into 10 decentralized administrative regions and these same regions are divided into about 110 provinces. Local radio stations are the only ones in the country that use the Ghanaian language widely. The linguistic situation in the service sector and trade is preferred in English. However, some written jobs include several Ghanaian languages. 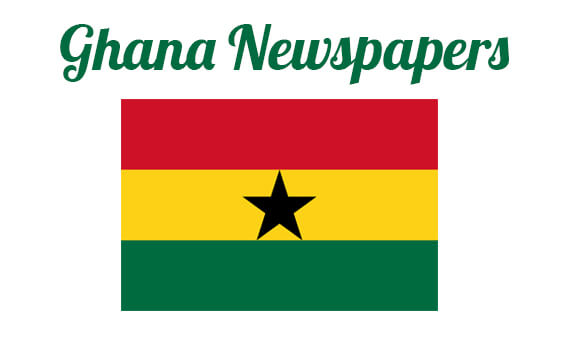 Daily Graphic is a state-owned daily newspaper. It was established in 1950 by Cecil King of the London Daily Mirror Group. It is the most widely read daily newspaper with a circulation of 100,000 copies in the country. This English language newspaper locates in Accra, Ghana. This newspaper is state-owned in Ghana. As it is state-owned, it regularly covers government in a favorable light, details of government policy, and promotes national unity.

Ghanaian Times is a daily English language newspaper. It was launched in 1957 by the first President of Ghana Dr. Kwame Nkrumah. The New Times Corporation is the owner of this paper. It is covered six times a week and has a circulation of 80,000 copies.

The first issue date of Daily Guide is 1984. Fortune Alimi is the chief editor of this paper. It is a privately owned daily newspaper owned by the Blay family. This daily paper is published six times per week. With about 50,000 copies a day, it is considered Ghana’s most widely circulated independent paper.

YEN is an entertainment and political website in Ghana. It was started its journey in September 2015. It is a partner of Genesis Media global consumer Internet company. Normally, it features local and international news, technology, sport, politics, entertainment, business, and users’ generated news content.

Herald is the oldest newspaper in Ghana. Arena Holdings is the owner and publisher of this paper. It was founded in 1845. Mainly, it covers local areas news. Also features news, municipal issues, and features of local politics, crime, courts, and regional businesses, as well as local industries and entertainment.

Business in Ghana is a popular news portal in Ghana. The headquarter locates in Asylum Down, Accra Ghana. It always publishes news like real state, jobs, sports, different events, and more.

Ghana Soccer Net is a leading soccer news website. It provides hard news, features, interviews, and analytical features from the Accra-based office with correspondents from around the world. Which mainly focuses exclusively on Ghana and Africa. It was first launched in 2007. It also provides news of all the major football competitions in the world.

Pulse‎ is a very popular news site in Ghana. Kwame Boakye is the chief editor and director of this paper. It covers music, news, movies, and entertainment in general. The headquarter locates in East Legon, Accra, Ghana.

Modern Ghana is an online media and news portal that publishes general news and information. It was founded on 3 August 2005 by Bright Owusu. It is a privately-owned Ghanaian company, owned by Modern Ghana Media Communications Limited. The paper started out as a news aggregator and later evolved into the main content producer.

Those who are interested in reading about other country’s newspapers can find out about Ghana Newspapers from today’s post.