A country’s newspapers are a summary of its culture, history, language, and way of life. News can take from any source, but it helps in developing the image of the country and its people. What is happening in and around our country plays a huge role in shaping our future. It is therefore important to know the media history of Cyprus in order to understand the current structure of the media and news sites in Cyprus. There are varieties of famous Cyprus Newspapers and news sites.

Cyprus Newspapers Online is a portal that offers news and information about Cyprus. The portal was founded in 1997 and has been providing news to the public ever since. The company’s goal is to provide quality, updated, accurate, and unbiased information to its readers.

The site offers over 10 different categories of content including politics, business, sports, entertainment and more. It also provides content in English for non-Greek speakers living in Cyprus or abroad as well as content for children with games and coloring pages.

The media helps to bring a perfect reflection of different political views, the life of the people of Cyprus, and the national outlook. It is a small country and the country is populated with about 1 million people. Turkish Cypriot intellectuals published many newspapers that were largely influenced by political events. On the island of Cyprus, newspapers in the old days played a significant role in shaping their independence movement. 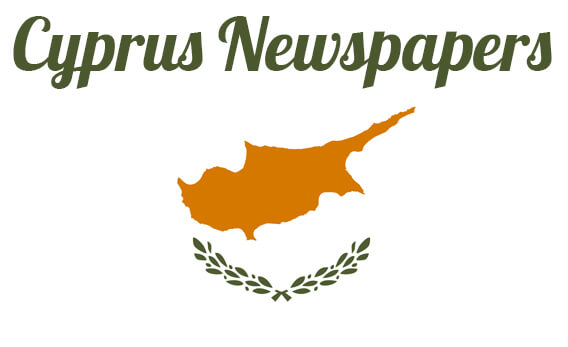 There are some newspapers in Cyprus which are very famous in other countries of the world. So, let’s see the details of some leading newspapers in this country.

Kibris Gazetesi is a popular newspaper in Cyprus. It publishes all articles in the Turkish language. The newspaper covers the current affairs of Cyprus, education, economy, varieties news from all over the world.

In Cyprus is a daily newspaper in Nicosia, Cyprus. It publishes in broadsheet format. It is the oldest English language newspaper. Phileleftheros Publishing Group is the owner of this paper.

Cyprus Mail is a daily newspaper in Nicosia, Cyprus. It was founded in 1945. The owner of this newspaper is Cyprus Mail Co. Ltd. It publishes in Berliner format and English language. It features varieties of news such as health, life & style, finance, health, sports, career, environment, and more.

Financial Mirror is a weekly newspaper in Cyprus. It was the first to launch in 1993. It is a well-reputed business newspaper. Mainly the paper publishes in English but supplements in the Greek language.

Politis is the second-largest newspaper in Cyprus. It is a daily Greek language newspaper. The paper was founded in 1999. The headquarter of this newspaper is Nicosia and publishes in Berliner. Arktinos Ltd is the owner of this paper.

Kıbrıs Postası Gazetesi was published since 22 November 2002. Citypress Yansilik Limited is the owner of this newspaper. It publishes in Tabloids format and written in the Turkish language.

Yeniduzen was established on 12 December 1975. It covers varieties of national and international news such as education, art & culture, health, politics, lifestyle, current affairs, science & technology, sports, the environment, and many more.

Kathimerini is a political, financial, and daily newspaper. It was founded on 15 September 1919 by Georgios Vlachos. It publishes in Broadsheet format. This newspaper is also available online.

Gundem Kibris is a leading newspaper in Cyprus. The articles of this newspaper write in the Turkish language. It publishes technology, health, sports, magazine, art & culture, business, daily lifestyle, and web tv news.

Cyprus Daily Newspaper is a newspaper in Cyprus. It was founded in 1958 by the Cypriot Press Foundation and it is the first Cypriot daily newspaper.

The paper’s headquarters are located on Makarios Avenue in Nicosia, near Eleftheria Square and nearby to other major media organizations like TV stations and radio stations.

It’s time to move on to daily newspapers. All newspaper names & links give below. If you want to know the current update of Cyprus and abroad also then these all are the perfect way to know.

All newspapers are a great source of authentic news of Cyprus. If you want to know about the recent and daily updates of Cyprus then you should read these newspapers.