Today’s post is mainly about Gambia Newspapers, News Sites, and Magazines. The Republic of Gambia is a country in West Africa, bordered entirely by Senegal and surrounded by the Atlantic Ocean. Official languages ​​are ubiquitous in print and electronic media, often excluding radio, in African countries. Where indigenous languages ​​remain a sure way to reach indigenous peoples. Because 90% of the population makes a living by farming or fishing and many do not know the official language. 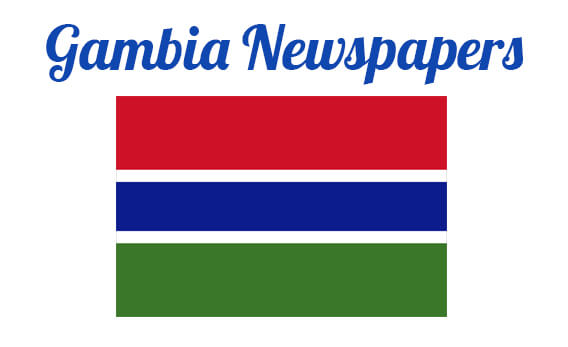 Foroyaa is an English-language newspaper. The head office of this paper locates in Kanifing Municipal, Serrekunda. It was first launched in 1987. There are 3 issues in a week. It affiliates with the PDOIS. Sidia Jatta and Halifa Sallah are the editors of this paper. Sam Sarr is the chief editor of this paper. It features agriculture, education, health, environment, business, politics, sports, and many more.

The Point is a broadsheet format daily newspaper. Pap Saine is the owner of this paper. It was established on 16 December 1991. Deyda Hydara, Pap Saine, and Babucarr Gaye are the co-founder of this paper. The chief editor of this paper is Pap Saine. The headquarter locates in Bakau, the Gambia.

The Standard is a leading daily newspaper. It was registered on 11 May 2010. But first launched on 4 August 2010. Sheriff Bojang is the managing director of this paper. It was shut down by the Yahya Jammeh government in September 2012. But in January 2014 the publication was allowed to resume. It also has three issues in a week. The headquarter locates in knifing Municipal, Bakau, Sait Matty Junction.

Senegambia News is a Japanese-language newspaper. Basically, all kinds of health and lifestyle-related articles are written here. Those who are much more health-conscious and want to know about lifestyle can read this paper.

Freedom Newspaper is a US-based Gambian online newspaper. It consists of media professionals committed to promoting free democracy, the media, the rule of law, and good governance. Those who like to read online news can check this site regularly.

The Independent was a very popular newspaper in the Gambia. Basically, it was a biweekly newspaper in the English language. It began in July 1999 with 25 staff and freelance reporters. But it stopped publishing in March 2006. Alagi Yorro Jallow was the managing director of this paper.

The Fatu Network is solely responsible for the allegiance of the Gambia and the voiceless common Gambian men and women. It is a leading online news provider. It reports incidents from an independent and isolated perspective. The Gambians need to live in a country where the ideals of democracy are recognized, best traditions admired, and practiced. It is highly committed to creating conditions for the protection of the principles of justice, individual liberty, and the fundamental rights of citizens.

Kaironews Gambia is a very well-known daily newspaper. Musa Saidykhan is the executive editor and Yaya Dampha is the senior editor of this paper. Its political and social commentator is Burama Sanneh. Saul Saidykhan is the editorial adviser.

Those who are interested in reading and learning about other countries can find out about Gambia Newspapers from today’s post.