Franch is the most popular country in Western Europe. Paris is the capital of Franch also called the Eiffel Tower city. The people have also known it as the heaven city in the world. French newspapers are very popular on the European continent. If anyone wants to learn the French language then French newspapers are the best way to read.

French newspapers are the main way to know about the culture of Franch, political views, educational information, recent updates, Franch economic condition, sports updates. PSG is the biggest football club which is situated in Franch. Specially Franch is a well-known country for kinds of sports. For that reason, Franch is always headlining in multiple national and international newspapers. 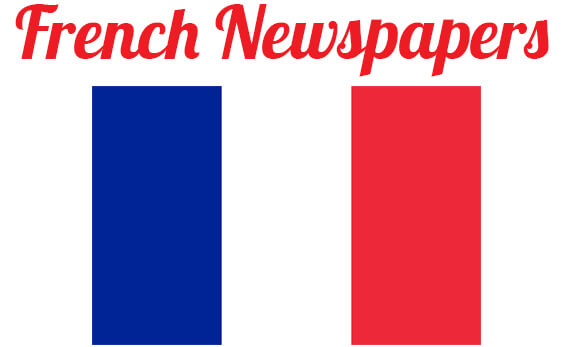 Now, I am going to share daily newspapers in Franch. All of the newspapers are reputed registered by the Franch news agency.

Le Figaro – Le Figaro is a daily morning newspaper in Franch. It was established on 15 January 1826. Paris is the headquarters of this paper. It is published in Berliner format and written in the French language. It covers national & international news, politics, society, economy, sports, culture, and style. The newspaper is one of the oldest papers in the world.

Le Monde – Le Monde was first published on 19 December 1944. It is a daily afternoon newspaper in Franch. Groupe Le Monde is the owner of this paper. We can easily find a print copy outside in Franch. The paper features world news, politics, economy, current events, culture, and politics.

L’Humanité – L’Humanité is a daily newspaper in tabloid format. It was founded on April 18, 1904. Jean Jaurès is the founder of this newspaper. It is published in the French language in St Denis city. The paper covers politics, society, world news, media, culture, sports, planets, and more.

La Croix – La Croix is a Roman Catholic daily newspaper in Franch. It is published by Bayard Presse. The paper is very popular for its interesting writing. Generally, it’s a Catholic newspaper, and the day by day audience of this paper becoming varied. It is printed the world news, culture, economy, religion, environment, and technology.

Libération – Libération is a daily newspaper that is popularly known as Libé. The paper was established in July 1973. It is founded by Jean-Paul Sartre and Serge in Paris. It is launched its first website among all papers in Paris. This paper is published in a compact format. It includes a variety of articles like health, science, technology, politics, and more.

Le Parisien –  Le Parisien is a tabloid format daily newspaper. It was established on 22 August 1944. The headquarters of this paper is the 15th arrondissement of Paris. It is one of the top-selling paper in Franch. It prints politics, economy, society, sports, environment, television, and media.

20 minutes – 20 minutes is a well-known free daily newspaper in Franch. The paper is launched on 15 March 2002 in Paris. It is published in 11 local areas of Franch. International readers can read it free in the online edition.

Les Échos – Les Échos is the first financial newspaper in Franch. It is a daily newspaper established in 1908. The founder of this paper is the brothers Robert and Émile Servan-Schreiber. It is written in Berliner format. Paris is the headquarters of this paper.

L’Équipe – L’Équipe was first published in 1946. It is a nationwide daily newspaper that is mainly written about sports like football, rugby, motorsport, and cycling. It is published in tabloid format. The headquarters of this newspaper is located in Boulogne-Billancourt.

Mediapart – Mediapart was founded in 2008 by Edwy Plenel. It is an independent online investigative journal. It is published in three languages are French, Spanish, and English. Paris is the headquarters of Mediapart.

Now time to move on to daily newspapers. All newspapers are provided below. If you want to know the daily update of Franch then these are the best way to know.

All of the French Newspapers are presented here for reading online. If you have to know more names of them then let us know via the comment section.