A newspaper is a publication where we can get varieties of news like current affairs, politics, business, education, sports, weather, review, and many more topics. Traditionally, the newspaper is published in print. But at this present time, we can get news on a website as online.   Day by day newspapers develops their quality like large circulation, high journalism quality, and high editorial independence. Some newspapers site have a news magazine that is weekly, monthly, or yearly. In this post, you can read Egypt newspaper and news site details. 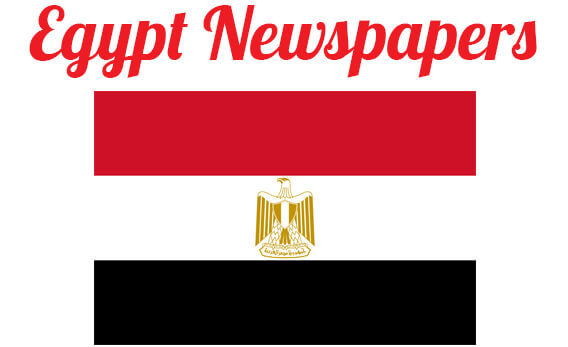 Now, I am writing the details of the Egypt newspapers with an internal link. All news sites are very well known in Egypt.

Al-Ahram – Al-Ahram is a daily Egyptian newspaper in the Arabic language. The paper was first published on 5 August 1875. It is the second oldest paper in Egypt after Al-Waki’i’ al-Masriya. Egyptian Government is the owner of this paper. This paper is published in broadsheet format. It covers culture, art, economics, sports, social media, and satellite channel.

Akhbar El Yom  – Akhbar El Yom was established in November 1944. This weekly newspaper also has a magazine format. It is written in the Arabic language and published on Sunday. Cairo is the headquarters of this paper. It features articles on the topics of economic, sports, accident news, Arab & International, Egypt news, art & culture, medical news, and society news.

Al-Masry Al-Youm – Al-Masry Al-Youm is a daily newspaper and founded on 7 June 2004. Basically, it is published in the Arabic language on its website. But the paper starts its  English version websites in 2009 for international readers. The headquarters of this paper are located in Garden City, Cairo, Egypt. It is written in a compact format. The paper publishes culture, art, economy, policy, and sports.

Al Wafd – Al Wafd is a daily newspaper in Giza, Egypt. It was founded in 1984 by the Wafd party. The paper is published in broadsheet format. It covers fashion, politics, economy, media, and more.

El Watan – El Watan is an independent newspaper. It was established in 1990. The paper publishes a variety of topics like Arabs & the world, economy, culture, sports, Egypt news, weather, and politics.

El Fagr – El Fagr is a weekly newspaper that was founded on 3 June 2005. The headquarters are located in Cairo, Egypt. It published in the broadsheet format and written in the Arabic language.

Al Gomhuria – Al Gomhuria was first published in 1954. The headquarters of this daily newspaper is Ramsees, Cairo, Egypt. It is written in broadsheet format.

We just move now to the daily newspaper appear. All Egypt newspapers providing here for online reading. If you want to read the hard copy then you can subscribe for e-papers or purchase from the hawker.

Finally, we are done presenting to all Egypt newspapers online. The newspapers are published based on national, international, and local ways.