In today’s post, we have given all the information about DR Congo Newspapers. Congo is a country in Equatorial Africa with a waterway open to the Atlantic Ocean. It seems to be a small country with an area of 341,821 square kilometers. The national lands here are now divided into divisions, municipalities, regions, villages, cantons, and neighborhoods. Congo has eleven constituencies, including the political capital Brazzaville, which is a separate autonomous region. In legal proceedings, Congolese courts usually use French. The economy is made up of a mixture of agriculture and handicrafts.

Also, the industrial sector is largely dependent on services, oil, and government. Which is characterized by budget problems and an increase in the number of employees. There are two components to the Congolese education system, one is the formal system and the other is the informal system. Most Congolese rely heavily on radio for information. One of the reasons for this is the relatively high rate of illiteracy. Its national radio stations broadcast all programs in Kituba, French, and Lingala. Tele Congo is a very popular public television channel. It is 100% owned by CNRTV, a public radio and television company in the Congolese state. Most of the newspapers here come from Brazzaville and are published in French. 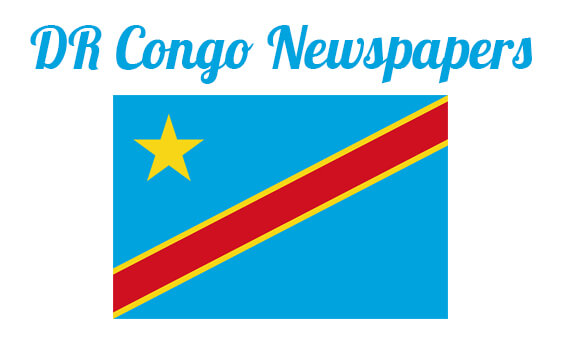 ‎Actualite is a Congo media website that specializes in security, political, and economic information. It was started its journey on 16 August 2016 by Patient Ligodi. Groupe Next Corp is the owner of this media. It’s all contents are available in the French language. Patient Ligodi is the editor of this paper. Mainly, it deals with three topics, including economics, politics, and security. The media covered more than fifty journalists across the Congolese region.

La Prosperite is a very popular print media. Marcel Ngoyi Ngoyi Kyengi is the owner and publication director of this media. It was established in 2000 by Marcel Ngoyi Ngoyi Kyngi. Akumbakwa GB is the managing editor and Alfred Mwari Tulengi is the chief editor of this paper. It always covers news such as politics, society, communication, culture, health, nation, and many more.

Radio Okapi was made by MONUC and the Swiss NGO Fondation Hirondelle. It is a radio network operating in the Democratic Republic of the Congo. The media sites in this country place a lot of emphasis on the radio. Maheshe was the chief editor for the station. The station is named after the endangered mammal endangered Okapi in the northern Congo’s rainforest.

Le Soft international is a daily newspaper in Congo. The version on the Internet is called Le Soft Online. It is published by Finpress Group Afrimage Group. Originally it was distributed in Brussels, Kinshasa, and Paris. It was established on 4 March 1990.

You will find detailed information and link updates of DR Congo Newspapers in this post. You can read the news of this country online by clicking on the link from any part of the world.