Today’s post is basically a list of Cuban Newspapers and a description of the top newspapers. Although the Cuban media is regulated by the state through publicity laws, the Cuban national newspaper is not published directly by the government. In addition, they are published by various political organizations in Cuba. All official newspapers here are fully funded by the Cuban government. Cuba has several new independent online newspapers based outside of independent digital media. 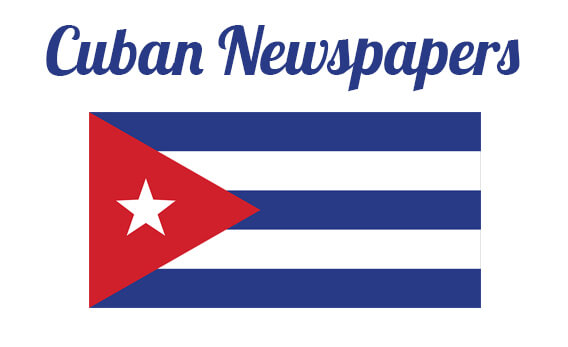 Granma is an official daily newspaper in Cuba. Its political alliance is the Communist Party. It was founded on 4 October 1965. The Cuban government is the owner of this paper. Generally, it publishes in Spanish, French, English, Portuguese, German, and Italian. Newspaper circulation was estimated at 675,000. The normal version covers six days a week (not Sundays) and runs on eight pages and occasionally in supplements. It is close to Fidel Castro and their ideal world for the Cuban Communist Party. There has been a way to communicate with the United States in particular. Martha Rojas has worked on the paper since its inception.

Juventud Rebelde is a tabloid format daily newspaper. It was established on 21 October 1965 by Fidel Castro. It published a journalist’s article demonstrating its position against reggaetón. Young Communist League is the current owner and Marina Menéndez is the editor of this paper. A regular feature of the journal is a semi-scientific series of articles written by a Cuban sex therapist. Includes detailed information on topics such as “G-Spot”.

Trabajadores is a trade union weekly newspaper in Cuba. Central de Trabajadores de Cuba is the owner of this paper. It was launched on June 1970 by Osvaldo de Melo and Sara del Carmen Zaldívar. Its political alignment is Communism, Marxism-Leninism. Alberto Núñez Betancourt is the editor of this paper. It is featured in Spanish with an online English version. For trade union members and blue-collar workers, it presents itself as a newsletter. The headquarter locates in Havana, Cuba.

Escambray is a widely-reading newspaper in Cuba. Although it is originally published in Spanish, the online version is published in English. The headquarter of this paper situates in Sancti Spiritus. It was started its journey on 4 January 1979. It joined the Internet on January 4, 2000. The paper covers news such as sports, culture, current updates of Cuba, and more.

Ciber Cuba was established in November 2014. It is a leading and very popular newspaper. Cuban expatriates Luis Mazorra and Luis Flores are the founders of this paper. A small team of editors and writers works from their central office in Valencia. But workers also emit radiation to islands, Miami, Mexico, Madrid, Barcelona, Argentina, etc. In a short span of time, it has become one of the most visited news websites in Cuba by Cubans from around the world.

Prensa-Latina is the official state news agency. It’s a broadcast area is in Cuba and Latin America. It was established in March 1959. The Cuban government is the owner of this news agency. It provides translations of articles regarding Cuban news, sports, politics, culture, and art. Other features include tourism news, women’s issues, medical news, and coverage of Cuban and Caribbean medicine and science.

You will find all the details and links of Cuban Newspapers and news sites in today’s article. Stay tuned to our website for details of other country’s newspapers.