In this post, you will find all the links and details of Costa Rica Newspapers and its News Sites. Read the full post for details and click on the link to read the news directly. 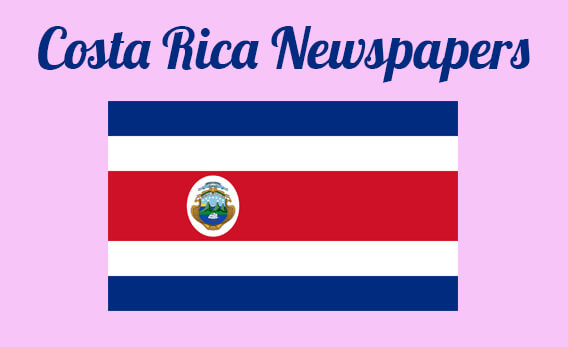 The Costa Rica Star is a daily Online and Print Publication. It was established in December 2011 by a Canadian citizen living in Costa Rica as a full-time legal resident. The headquarter locates in San Jose, Costa Rica. Its sister newspaper is inside Costa Rica. As of January 2020, the website’s Facebook timeline had more than 90,000 followers. The owner of this newspaper is private.

The Tico Times is a daily print and online base newspaper. Producciones Magnolia is the current owner of this newspaper. It was started its journey on 18 May 1956. Alejandro Zúñiga is the editor of this paper. Including the Inter-American Press Association, it has achieved several awards. It is published daily at www.ticotimes.net. The paper covers travel & tourism, arts & culture, sports, business, politics, education, and many more.

La Nación (San José) is a daily tabloid format newspaper. It was established on 12 October 1946 by Ricardo Castro Beeche. Grupo Nación S.A. is the owner and Yanancy Noguera is the publisher of this paper. Normally, it publishes in the Spanish language. Until 2008, the newspaper was owned by Grupo Nación, which also owns several newspapers. Abroad, Grupo Nasian has three important newspapers. The headquarter of this paper situates in San José, Costa Rica.

Basically, Al Día is a newspaper that publishes sports types news. At first, it was a daily newspaper but later it was printed as a daily sports newspaper. It was founded on 30 November 2014. When it was a national newspaper, it had several regional editions. Grupo Nación is the owner of this paper. Bryan Ruiz is the staff writer and all content publishes in the Spanish language. It features news such as politics, culture, jobs, advertisements, health, and more.

Diario Extra is the most highly read and leading newspaper in Costa Rica. It prints the largest number of copies per day in the country. This is particularly notable for the use of red ink in the headlines and for the inclusion of leftist political voices in its editorial section compared to other newspapers of Costa Rica. It was established in the late 1970s.

La Prensa Libre is the oldest newspaper in Costa Rica. It was first launched on 11 June 1889. The paper stopped publishing its print version on 31 December 2014 and in January 2015 moved to a digital format. Grupo Extra announced that the newspaper would cease publishing in August 2020. Because of the Covid-19 pandemic epidemic, advertising revenue has declined.