This article will help you to know the details about Chile Newspapers and its news site and read the news directly from the link. 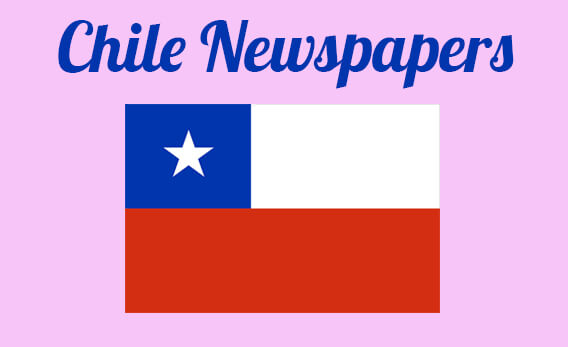 El Mercurio is a daily broadsheet format newspaper. It was established on 12 September 1827. Agustín Edwards Ross is the present owner of this paper. Its political alignment is used to be right-wing and conservative. The headquarter locates in Vitacura, Chile. Carlos Schaerer is the editor of this paper. It is owned by El Mercurio S.A.P and operates a network of 32 radio stations and 19 regional dailies across the country. It features economy, business, health, sports, arts, culture, society, science, technology, and more.

Las Últimas Noticias tabloid format daily newspaper. Agustín Edwards is the proprietor of this paper. It was first launched on 15 November 1902 by Agustín Edwards Mac Clure. The headquarter locates in Santiago, Chile. It focuses primarily on gossip and entertainment, so it is the best-selling newspaper in the country. the daily newspaper became a medium of entertainment in the late 1990s and early 2000s.

La Cuarta (Santiago) is a daily Berliner format newspaper. It is notable for being directed to middle and lower socio-economic audiences. It uses Chile’s Spanish unofficial register with a kind of Chilean insult and informal expression. The style of presenting and writing content is close to the yellow or red press style. COPESA is the owner and Diozel Pérez is the editor of this paper. It was founded on 13 November 1984. Political coordination is socialism and Christian democracy. It is part of an organization of fourteen South American newspapers and the Periódicos Associados Latinoamericanos.

The first issue date of Crónica Chillán is 30 June 2008. Diario El Sur SA is the present propietor of this paper. This daily morning paper publishes in Berliner format. It changed its headquarters from the street to Sector Four Avenue in Maipon Arauco. It’s 4000 shots from Monday to Sunday.

CNN Chile is a pay television news channel. Its broadcast areas are Chile and the United States. WarnerMedia News & Sports is the owner of this channel. It has many sister channels that are broadcast in Chile. It was first launched on 4 December 2008. It is broadcast in Spanish and the image format is 1080i HDTV.

CIPER Chile was first launched in 2007. It is a Chilean alternative medium of digital journalism. Basically, its focus is investigative journalism. The office of this media locates in Santiago, Chile. It is a completely non-profit organization.

In today’s daily series, the newspaper that has been written about is Chile Newspapers. You can know all the updates on Chile by reading the current newspapers.