Newspaper, magazine, radio station, tv channel all are a digital informative way in our modern life.  A Newspaper contains varieties of news like top topics of country, business-related most essential things, job advertisement, education page for the student, the latest sports news, and more. There are different kinds of paper like dailies, weeklies, monthlies, and some are quarterlies. The newspaper is delivered in the morning at home or office. But at present time we can read the newspaper online. The central African Republic newspapers, magazines, and news sites are popular in Africa.

The central African Republic is an inland country of Central Africa. Bangi is the capital and largest city of this country. Almost 4.7 million people live here. The main economic source comes from the Ubangi River. This country newspaper has been published the culture, the economy, the latest news, politics, sports, and more details of this country. The radio station, tv channels are also broadcast the culture and native lifestyle of Central African Republic peoples. 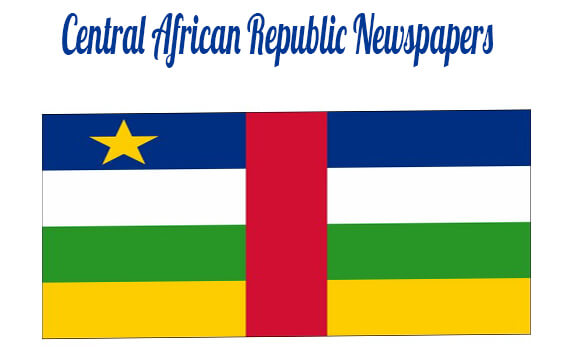 CAR is broadened by Franch. French, Sango is the mother language of this country. Here the details of the Central African Republic newspapers, magazines, and news sites are given below.

Centrafrique-presse.info – Centrafrique-press is an African press site. This site use to written its article in the French language. The main focus of this site to give informative news. African’s most political news are published here. Besides the economy, society, books & media, human rights, the details of Central Africa & CEMAC are covers on this site.

A Bangui – A Bangui is a leading newspaper come magazine in the Central African Republic. The name comes from the capital of this country. This site covers news, business, about Central Africa, sports, advertisement, and more. This site published in the French language. But some articles are written in English for international readers.

Journal de Bangui – Journal de Bangui is an international journal of science and research. The main focus of this journal is different research on science which broadens our technology. Besides, it publishes the economy of business, culture, society, personalities, dossiers, sports, politics, and international reports. These sites also cover the recent activities of soldiers.

Here I give some latest news site’s internal links. These are also well known in the Central African Republic.

Every country has its own culture. Different country has a different culture. By reading the different countries newspapers, magazines we able to know their culture, lifestyle, education, business, sports, and more essential news which broadens our knowledge. Here I am trying to give some essential information about the Central African Republic newspaper. If you have any more ideas about it, let us know in the comment section.