A newspaper is an organization or publication that is printed regularly and contains the latest news, features, advertising, comment, weather, business, sports, and more. Newspaper can be two versions. One is printed and another is online. Before the printed version was popular among people but day by day online version is also popular. Newspaper is a very strong media to direction among people the update news of the world and much more information. Here I show Cape Verde Newspapers online list.

Cape Verde was an island in Africa. But in 15th-century, Portuguese colonization took the power over it. This country is bordering with the sea which is a wonderful natural beauty. The 4th quarter of the 20th century was the independent time of this country. Portuguese is the main language of this country. The native people of Cape Verde speak the Cape Verdean Creole language. This country’s newspaper, magazines are published in their own language but some are published in English too. 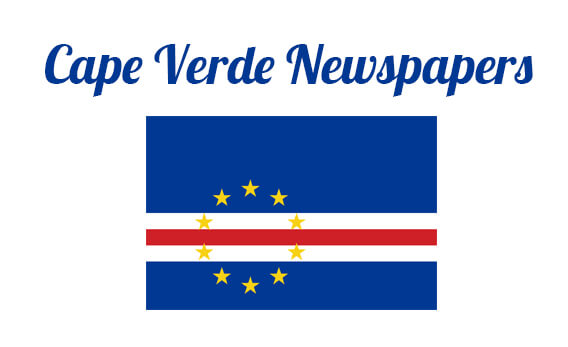 Some important newspapers, magazines, and news sites of Cape Verde are given below. All are well-known in this country.

1. Radiotelevisão Caboverdiana – Radiotelevisão Caboverdiana is the radio and television station in Cape Verde. All programs are broadcasting from Portugal and Brazil as well as France. The government of Cape Verde is the owner of this station. News, television shows, sports, football coverage from Brazil, Portugal, as well as Latin America. This channel was first to broadcast its program on 1 August 1997.

2.Sapo – Sapo is a brand and assistant company of Altice Portugal. It is established on 4 September 1995. The headquarter of this company is in Lisbon, Portugal. This is a search engine company which is powered by Google. They have almost 150 to 200 employees. Probably ‘Telepac” internet service company is the next connection provider of this company.

3.A Semana – A Semana is one of the most published newspapers in Cape Verde. This paper features native stories from each island and the archipelago’s lid stories. It is founded in 1991. Most articles of this newspaper are written in  Portuguese language but in recent time the English language also added. Capeverdean Creole also use to write some other articles. The headquarter of this paper is Praia, Cape Verde.

4.Expresso das Ilhas – Expresso das Ilhas is a weekly newspaper. Praia is the headquarter of this newspaper that is one of the largest cities in Cape Verden. It is published in Portuguese but occasionally some articles from Cape Verdean Creole. It covers native stories from the island and lid stories in the archipelago. It is also available online. The president of this newspaper is António Moreiro as director.

5.A Nacao(Praia) – A Nacao first publish in 2007. It is the 4th oldest newspaper in Cape Verde. The daily circulation of this newspaper is almost 5000. Portuguese is the main written language of this newspaper but Capeverdean Creole is also used to write some other articles. Some articles are written in English for international readers. The newspaper publishes lid stories in the archipelago and local stories from their own island.

6.Visao News – Visao News is a news magazine in Portugal. It is a weekly published magazine. The magazine is established on 25 March 1993. After the success of the magazine, launched the weekly newspaper. Lisbon, Portugal is the headquarter of this magazine. It covers culture, leisure supplement, politics, news portal, and more.

7.Inforpress – Inforpress was first published in 1988 as Cabopress. But in 1998 it changed its name. It is an official news agency. Praia is the headquarter of this country. This agency offers news in videos, photographs, sounds for radio, text. It organizes social communication nationally and internationally. Its news sites are very trustable. The owner of this agency is the Government of Cave Verde.

8.Fogo – Fogo is a news site in Cape Verde. It is written in Portugal language. It covers news, culture, entertainment, sports, and more.

9.Terra Nova‎ – Terra Nova is a news site in Cape Verde. It has many categories like lifestyle, opinion, interview, crunch, and more. It is written in Portugal language.

Here I give some daily newspapers name of Cape Verde.

All of the newspapers from Cape Verde Newspapers. You can read them online in a regular newspaper as a local citizen. If you have more list of this newspaper, let’s know via the comment section.