Burkina Faso is a state located in the western part of the African continent. The UN’s July 2019 population estimate was 20,321,378. There are 59 indigenous languages spoken in Burkina, with Mooré being the most common language, about 50% being spoken by Burkinabé. This country has primarily a tropical climate with two very different seasons. Overall, it is no less developed than other countries. This country is financially developed as well as its media sites are very developed. If anyone wants to know about this country before visiting this country, you can read the newspapers here. There is no reason to worry because the list and description of Burkina Faso Newspapers are given in this post. 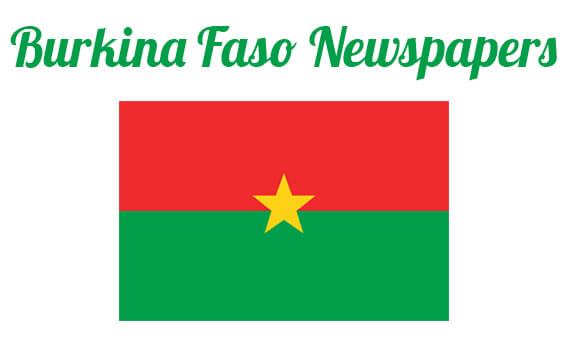 Many papers are printed in Burkina Faso that are popular elsewhere. In addition to the printed copy, an online copy of which is also available. Below is a description with the link to some of the top newspapers here.

L’Observateur Paalga is the most read newspaper in Burkina Faso. It was established in 1973 by Édouard Ouédraogo. But it was burned in 1984 by the Thomas Sankara regime as part of media control. It was rebuilt as L’Observateur Paalga in 1991. This paper publishes all news in the French language. It covers politics, society, technology, job, education, sports, and international news.

Le Pays was first launched on 3 October 1991 by Mr. Boureima Jérémie SIGUE. The press group of this paper is run by about twenty journalists. It has its own premises and its own printing house. It features news like sports, health, business, education, entertainment, lifestyle, and more.

Sidwaya is a leading and famous newspaper in Burkina Faso. It was established in 1984 after the Thomas Shankar government closed down independent observers. This is the second time in Burkina Faso’s print media that L’Observateur Paalga has resumed its circulation. And this newspaper is still associated with the official point of view.

The first issue date of Evasion is 1 June 1996. This newspaper always attracts the readers by presenting news in an extraordinary way. By reading this you will be able to know about contemporary issues of the country as well as many international issues. Its headquarter locates in Ouagadougou.

Les Affaires‎ monthly publishing newspaper. It features 14 issues each year. It was established in 1928. Contex Group Inc. is the current proprietor of this paper.

Le Reporter is a very popular French-language newspaper. It is an independent publication of major and surveys reports. This paper was first launched in 2007. It is driven by curiosity and passion for truthfulness, with the aim of being bi-monthly different. It is lively, critical, and independent journalism.

To know the details of Burkina Faso Newspapers and to read the news directly from its news site stay tuned with our website. Here you will find lists, descriptions, and links to other state and country newspapers. If you are interested in learning about newspapers from any other country, you can do so through the comments section.