Brazil is known all over the world for football as well as its other sectors are very developed. It is the biggest country in both Latin and South America. With 8.5 million square kilometers and more than 211 million people, it is the sixth most populous country. Today’s post describes the details of Brazil Newspapers and its news sites. 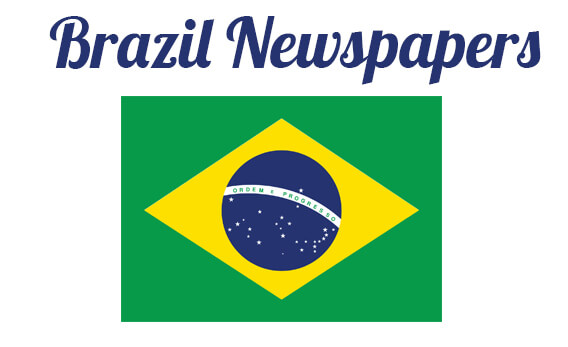 Folha de S. Paulo is a very popular daily newspaper in Brazil. It was established on 19 February 1921 by Pedro Cunha and Olival Costa. Grupo Folha is the current owner of this paper. It has crossed different stages and targeted different audiences, such as rural landowners, urban middle class, and civil society. But political independence has always been one of its editorial bases. Since 1986, Fowler has been the most widely circulated newspaper in Brazil. It has the highest number of visitors to the news website. Its political polarity is pluralism neutrality.

O Estado de S. Paulo is the broadsheet format daily newspaper. Grupo Estado is the propietor of this paper. It was started its journey on 4 January 1875. Co-founders are José Maria Lisboa, Américo de Campos, and Francisco Rangel Pestana. This Brazilian newspaper always publishes in the Portuguese language. João Caminoto is the editor of this paper. It publishes digital journals, politics, economy, culture, a state agency, properties, and more. The circulation of this paper is 250,045.

O Dia is a leading daily newspaper in Brazil. It was launched on 5 June 1951 by Guanabara, then deputy Chagas Freitas [PT], and Rio de Janeiro. Grupo O Dia is the present owner of the paper. Francisco Alves Filho is the editor of this paper.

Correio Braziliense was first issue date on 21 April 1960 by Assis Chateaubriand. The headquater of this paper situates in Setor de Indústrias Gráficas, Brasília, DF. Diários Associados is the owner of this newspaper. The Services page and Internet News was published in 1996. It covers politics, fun & arts, science & health, sports, economy, policy, and current updates.

Grupo Globo is the current owner of Valor Economico. It was founded on 2 May 2000. This is the result of a partnership between the two largest media groups in the country. Its political harmony is economic liberalism. Vera Brandimarte is the editor of this paper.

This article will help you to get the details and links of Brazil Newspapers. Every link given here is given directly by their website so that anyone can read the news by clicking on the link.