Benin is a French-speaking West African nation where the Vodun religion originated. It is also home to the former Dahomey state from about 1600-1900. The official language is French, and several indigenous languages like Yoruba, Bariba, Dendi, and Fon are commonly spoken. Its largest religious group is Roman Catholicism, which is closely followed by Islam, Protestantism, and Vodun. The country was known as Dahomey during the colonial period and independence. But later it was renamed Benin on November 30, 1975. This country has one of the lowest literacy rates in the world. It was estimated at 38.4% in 2015. Although the education rate is low, the media sites are fairly developed. Following which many newspapers and magazines print here. Our today’s post is arranged with Benin Newspapers and Magazines. 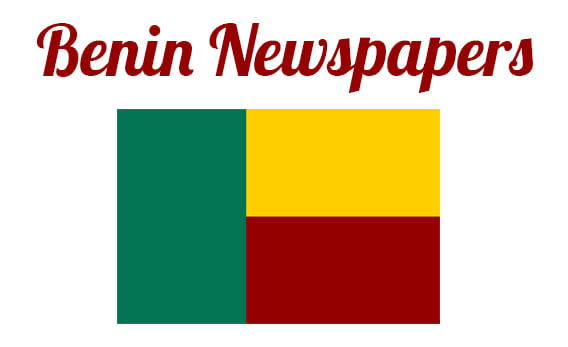 QUOTIDIEN LE MATINAL is a leading newspaper in Benin. It is one of the first private dailies in seven years since the February 1990 National Conference. Today more than 5,000 copies are in circulation in all major cities of Benin, including representations and regional offices. The price per copy is 300 CFA Francs.

La Nouvelle Tribune is a widely circulated newspaper. The newspaper publishes all news in the French language. The newspaper is registered with the Communication Authority and the entire Audio-Visual of Benin. The first issue of this paper was launched in 2001 at the head office of the newspaper in Cotonou. An online version was launched in March 2008. In late 2014, the online version was autonomous due to the increase in internet usage and advertising revenue. As of 2017, this paper’s website consists of four journalists, including ten employees.

The first issue date of L’Evenement Precis is 17 July 2006. It is headquartered in Cotonou, in the Montanteen district. The daily had its 1000th issue in October 2012. In 2015, the newspaper won the “Techno Media 2015” award given by the Image Reporters Association of Benin.

L’Economiste‎ is a business newspaper that publishes in the French language. It specializes in financial and economic news. It was founded in 1998. The co founder of this paper are Marie-Thérèse Bourrut, Nassredine El Afrit, and Abdelmounaïm Dilami. The headquarter of this paper situates in Casablanca. Its Political alignment is Independent. Assabah is the sister newspaper of this paper. The circulation number of this paper is  24,053. The paper is owned by Eco-Médias.

Matin Libre‎ is a daily newspaper in Benin. It was established in August 2014 by Chérif Olatoundji Riwanou. It celebrated its 1,000th issue in August 2018. The paper’s website recorded 1,000 unique visits per day in the same year.

La Gazette du Golfe is a bi-weekly tabloid format newspaper. It was started its journey in March 1988. It was Benin’s only opposition newspaper until 1990, the forerunner of the independent press in Benin. As democracy in Benin supports the first-time rule, it becomes even more critical of the authorities. It features news like politics, sports, daily updates, entertainment, business, and more.

This post is very useful for those who are interested in reading Benin Newspapers. For your convenience, there is an online link to each newspaper where you can read the news directly by clicking.