Belgium is a very developed country in all respects. This country is also very famous for different kinds of art. Besides the Belgium Association football, cycling, tennis, swimming, judo, and basketball are very popular.  Belgium media sites such as newspapers, magazines, TV channels, radio stations are well known in Europe. 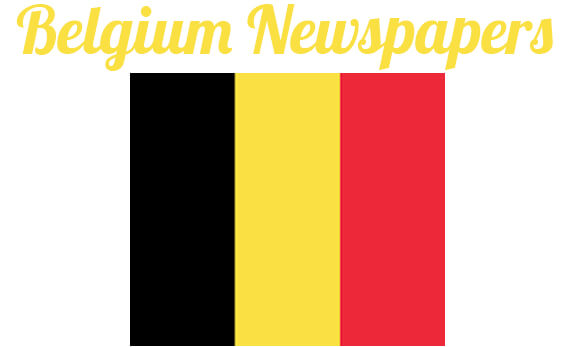 Some important newspapers, magazines, and news sites of Belgium are given below. All are well-known in this country.

Het Laatste Nieuws – Het Laatste Nieuws is a daily newspaper in Brussels, Belgium. It was established on 7 June 1888. It is published in Berliner format and written in the Dutch language. Julius Hoste Sr. is the founder of this paper. The headquarters of this paper are located in Mediaplein 1, Antwerp. It publishes news, showbiz, entertainment, culture, and lifestyle.

Het Nieuwsblad – Het Nieuwsblad is a tabloid format daily newspaper in Belgium. It was founded on 3 November 1929 by De Standaard. Corelio is the owner of this paper. The headquarters of this paper is Gossetlaan 30, Groot-Bijgaarden B-1702. The paper covers sports, religion, business, and more.

De Standaard –  De Standaard was founded in 1918 by Mediahuis. It is a Flemish daily newspaper. Corelio is the owner of this paper. The paper also includes a magazine edition. It covers science, economy, abroad news, culture, and sports.

Le Soir – Le Soir is a daily newspaper in Belgium. The paper is published in Berliner format and written in the French language. It was founded by Le Soir in 1887. Rossel & Cie. S.A are the present owner of this newspaper. It publishes the topic of articles about native news, economy, culture, sports, and education.

De Morgen – De Morgen was founded in 1978. It is a Flemish newspaper in Berliner format. Antwerp is the headquarters of this paper. The paper is owned by De Persgroep. It is covering sports, tv & culture, tech & science, and politics.

La Libre Belgique – La Libre Belgique is a daily newspaper (six-time per week) in Belgium. It is a well-known newspaper in Brussels and Wallonia. The paper was founded in 1844 by La Patriote and in 1915 by La Libre. It includes topics about national & international news, culture, planet, sports, lifestyle, debates, and regions.

De Tijd – De Tijd is a daily Belgian newspaper. The paper has mainly written about economics and business. It was first published in 1968. Mediafin is the owner of this paper. This paper covers culture, politics, tech & media, economics, and more.

Here I give some daily newspapers name. All are daily and popular newspapers in this country.

All of the newspapers from Belgium.  You can read them online in a regular newspaper as a local citizen. If you have more list of this newspaper, let’s know via the comment section.