Belarus is a landlocked country in Eastern Europe. It borders Poland to the west, Ukraine to the south, Lithuania and Latvia to the northwest, and Russia to the east and northeast. It is a developing country that ranks 53rd in the Human Development Index. The name Rus is often associated with the Latin forms of Russia and Ruthenia. The population was 9.41 million according to the 2019 census. Popular Belarusian newspapers cover the latest news on politics, economy, society, culture, sports, and entertainment both of Belarusian and English language. 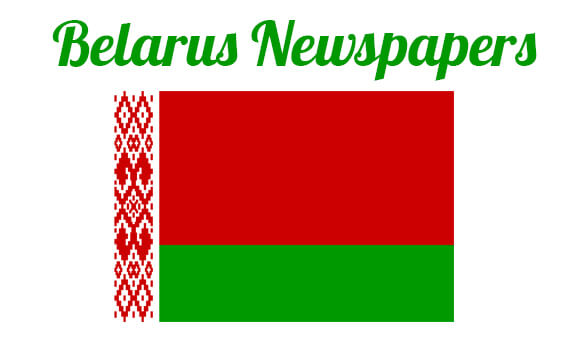 Belapan is a private news agency. It is a private independent Belarusian news agency. It was founded on 19 November 1991 by journalists Vital Cyhankoŭ and Aleś Lipaj. Belorusskiye Novosti is the owner of the paper. It also handles projects related to advertising, election monitoring, etc. The headquarter of this paper locates in Minsk, Belarus. Since 2004, it is the only Belarusian representative in that business line.

Novy Chas is an independent newspaper. This weekly newspaper was established on 1 March 2007. Its political coordination is independent liberal. It publishes in the Belarusian language. Nasha Slova is the sister newspaper of this paper. It has won many awards for its true and accurate news. It publishes news such as politics, societies, economics, abroad, culture, and the current updates.

Zvyazda was started its journey in 1917. It is a state-owned daily newspaper in Belarus. It was shut down twice by the Russian Provisional Government but continued to be published under different names.

BelTA is a Republican Unitary Enterprise. It is a very popular news media. It was published on 23 December 1918. It sends hundreds of reports daily and provides information to other news agencies. As well as abroad it has offices in all regions of Belarus. The government of Belarus is the owner of this paper.

Brestskiy Kurier is a weekly newspaper. It was established in 1990. Its democratic politics are being coordinated. It publishes in A3 format. The circulation of this paper is 8000.

Naša Niva is the very oldest newspaper in Belarus. VPUP Surodzichy is the propietor of this paper. The paper was published on a weekly basis between 1906 and 1915. Jahor Marcinovič is the editor of this paper. It features varieties of authentic news such as sports, education, society, economy, culture, and entertainment.

You can find out all the updates and details of Belarus Newspapers from this post. Also, stay tuned to our website for news updates from other countries.