The Republic of Argentina is the eighth biggest country in the world. It is situated in South America where there is plenty of tundra, plains, deserts, rivers, forests, and thousands of miles of coastline. Argentina gained independence from Spain in 1816 but the ensuing civil war lasted until 1861. At present, the country is improving in every field because they have abundant natural resources, highly educated people, and a friendly tourism environment. Argentina’s print media sector is well developed, along with other sectors. Today’s post discusses Argentina Newspapers and news sites. Those who are Argentina lovers would love to read this post. 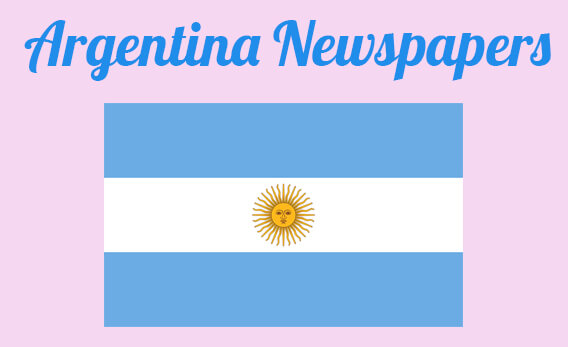 Clarín is the biggest and 2nd most circulated newspaper in Argentina. It was founded on 28 August 1945 by Roberto Noble. Clarín Group is the present owner of this paper. It is a Spanish language and tabloid format newspaper. Héctor Magnetto is the publisher of the paper. Its political alignment is social liberalism which was previously excluded from development. The headquarters of this paper locates in Buenos Aires, Argentina. It publishes news such as politics, economy, society, sports, and national updates.

La Nación was first launched on 4 January 1870 by Bartolomé Mitre. It is printed in tabloids on weekdays and in broadsheet format on weekends. MNMS Holding and Mitre Family is the current owner of the paper. Its political alignment is conservative liberalism. Fernán Saguier is the publisher of the paper.

Diario Misiones Online (MOL) is a tabloid format online newspaper. It was established on 10 April 2000 by the journalist Miguel Galmarini and Marcelo Almada. Marcelo Almada is the editor and owner of this paper. In northeastern Argentina, it distributes and prints about 10,000 copies.

Página/12 is a tabloid format daily newspaper. It was first launched on 25 May 1987. Journalist Jorge Lanata and writers Osvaldo Soriano and Alberto Elizalde Leal are the founders of this paper. Grupo Octubre is the current owner of this paper.

This post will make it easy to learn about Argentina Newspapers and read news directly from the website. Stay tuned to our website to learn more about newspapers from other countries.