You can know the details of Bahrain Newspapers and online news sites from today’s post. Bahrain is a sovereign state located in the Persian Gulf and consists of 400 islands, both natural and 51 artificial. About 50% of Bahrain’s population is actually Bahrain and the remaining half is from Pakistan, Iran, India, the United Kingdom, and the United States.

It is an ancient country where traces of Islam can be seen when the Arabs ruled during the lifetime of Prophet Muhammad SAW. In 2011, the country faced some problems with the regional Arab Spring and protests. Which claims that human rights violations such as torture & imprisonment and the majority were Shia Muslims.

Bahrain is a small island country in the Persian Gulf. It is the smallest Arab state and had long been under British rule.

The first newspaper in Bahrain was established in 1882 and it was called “Al-Bahrain”. It was published by a Lebanese man named Yousef bin Ahmed Al-Jaberi and it was printed on a lithograph press that he imported from Beirut, Lebanon. The second newspaper to be published was “Al-Waqt”, which began publishing in 1920.

The first English language newspaper to be published in Bahrain was called “Gulf Daily News” and it began publishing on July 4th, 1957. This paper is still being published today, but it has changed its name to “Gulf Daily News-Tribune”. 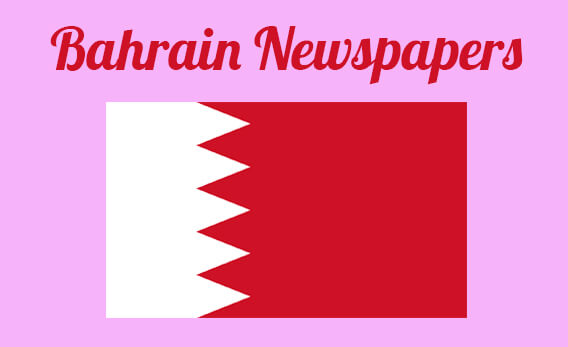 Bahrain has a number of newspapers that are published in the country. The most popular ones are Al Ayam, Al Watan, Akhbar Al Khaleej, Akhbar Al Yawm, Ajial, and Akhbar Al Bahrain.

Al-Watan is a leading national newspaper in Bahrain. This popular newspaper is published in many countries. Although it is originally published in Arabic, you can read it translated into English. This paper covers varieties of news such as politics, sports, economy, lifestyle, and many more. You can also get it in print copy or read it online if you want.

Al Ayam is a Private media company newspaper. It was established on 7 March 1989 by Nabeel Al Hamer. The political consistency of this paper is liberal. Isa Al Shaiji is the chief editor of this paper. It has published an entertainment weekly and a monthly magazine. The headquarter of this paper locates in Manama, Bahrain. Mainly, it publishes news in the Arabic language.

Bahrainmirror is an online newspaper. It was founded on 12 May 2011 by Ali Aldairy. The paper publishes in English and Arabic language. It further states that it is part of an opposition party whose goal is to achieve a real constitutional monarchy. The paper features education, politics, entertainment, and more. Its main goal is to achieve a real monarchy where every authority has freedom.

Al Bilad is a popular daily newspaper. It was first launched in 2008. The editorial chief of this paper is Moanes Al Mardi. Its political alignment is pro-government. The publisher of this paper is Dar Al Bilad for Distribution company and Press Publishing. It has almost 10.000 circulations regularly.

Al-Wasat is a broadsheet format daily morning newspaper. It was founded in 2002 by Mansoor Al-Jamri. He is also the chief editor of this paper. But its Political alignment is totally Independent. It was the first Bahraini newspaper to reflect the opposition. In June 2017, the Bahraini government banned the newspaper for “sowing divisions”.

Akhbar Al Khaleej is an Arabic language daily newspaper. Al Hilal Group is the current owner of this paper. It was started its journey on 1 February 1976. Mahmoud al-Mardi is the founder and editor-in-chief of this paper. Its staff consists mainly of Sudanese, Egyptian, and Bahraini journalists. The circulation of this paper is 37,000 in 2013.

Apart from these important websites in Bahrain, there are also some popular print media. Where regular news is printed and you can read it from the online website.

Bahrain News Media is a media that provides news, information, and entertainment in Bahrain. It has been operating in Bahrain for more than 40 years.

The company is headquartered in Manama, Bahrain, and has four other branches in the country. It also has an office in Dubai, UAE, and a branch in London, UK.

In this post, you will find the details of the top list of Bahrain Newspapers and the links to other sites. If you have difficulty understanding something after reading this post or have any questions, you can ask in the comment box.