Australia is a sovereign country consisting of the mainland of the Australian continent, the island of Tasmania, and numerous small islands. It is the biggest country in the Oceania region and the sixth-largest in the world. About 65,000 years ago the various waves of Indigenous Australians lived on the continent. It is a highly developed country, with the twelfth largest economy in the world. In its high-income economy, per capita income is the tenth highest in the world. Read the full post to know more about Australian Newspapers and click on the link to read the news online.

Australia has three commercial television networks, two public broadcasters, several pay-TV services, and a number of public, non-profit radio stations, and television. Every major city here has at least one daily newspaper and two national dailies. Australia ranks 25th out of 180 countries in terms of press freedom. This shows how advanced and authentic the media sector is.

You May Read More: Cameroon Newspapers 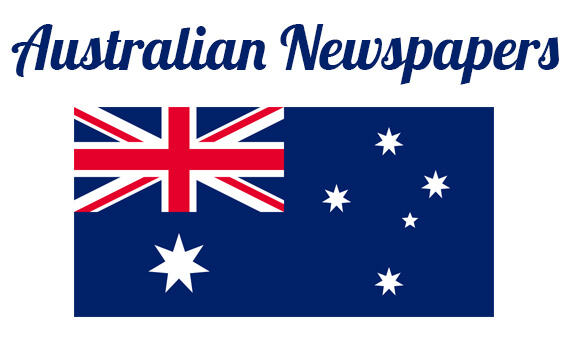 This is our website for those who love to read the news regularly and are interested in learning about newspapers from other countries outside their own country. Let’s take a look at some of the major Australian newspapers.

Australian Financial Review business-focused daily newspaper. It covers current business and economic issues in Australia and the world. Mainly, it publishes in a compact format and English language. The paper is based in Sydney, Australia, and is owned by Nine Entertainment Co. It was established on 16 August 1951 by John Fairfax. It was started its journey as weekly. Michael Stutchbury is the chief editor of this paper. Nine Publishing is the main publisher of the paper. It also features politics, property, wealth, work  & career, technology, sports, agriculture, healthcare, and more.

Lloyd’s List Australia is a monthly magazine in Australia. Paragon Media is the current proprietor of this paper. It features a monthly shipping issue, e-services, events, and more. Lloyd O’Harte is the publisher of this tabloid format newspaper. It is an Australian trade, shipping, transportation, and logistics magazine. It was founded on 13 April 1891. It is the longest-running national newspaper in Australia.

Green Left Weekly is an alternative weekly newspaper. It was started its journey in 1990. Its political coordination is leftist. The newspaper is an independent Australian source of national, local, and international news. Normally, it publishes in a compact format and English language. Its headquarter locates in Ultimo, Sydney. Throughout its history, the paper has been supported by various groups.

Saturday Paper is a weekly and compact format newspaper. Schwartz Publishing is the owner and Erik Jensen is the editor of this paper. It was established on 1 March 2014. This newspaper is noteworthy for being launched in hard copy in online and mobile news formats. Its headquarters situates in Carlton, Melbourne, Australia.

Canberra Times is a compact format daily newspaper. It was founded in 1926 by Thomas Shakespeare along with his sons Arthur Shakespeare, Christopher, and James. The newspaper’s headquarters are situated on the edge of Civic Retail. John-Paul Moloney is the editor of this paper.

Northern Territory News is a daily newspaper in tabloid format. News Corp Australia is the current owner of this paper. It features news such as entertainment, business, lifestyle, sports, local, international, and many more. It was launched on 8 February 1952. Eric White, Don Whitington, & John Coleman are the co-founder of this paper. Centralian Advocate is the sister newspaper of this paper.

In this article, you will find the top list of Australian Newspapers and links to all the newspapers here. So stay tuned to our website to get updates of newspapers from all other countries including Australia.