Newspaper is a very important name in our daily life. Many days start with reading it. Because it is a medium where all things come together. Everything can be seen at a glance in a short time. And for those who can’t read print copies due to time constraints, there are online copies that are available in most newspapers. Lists and descriptions of newspapers from different countries and states are regularly updated on our website. By reading today’s post you will be able to know about the top list of Armenian Newspapers and online news sites. Which will help you to know about that country and later travel assistant.

Many want to know the latest developments in Armenia before coming here. Fortunately, there are some great sources with consistent coverage on issues of cultural or political pressure. Those who are taking ASPIRANTUM language classes in Russian or Armenia should definitely be in the practice. Be able to practice their skills by being aware of the country they are in and reading the news. If you want to impress the locals with your interest and knowledge then you should definitely read the newspaper regularly. You don’t have to stay in Armenia for long to learn about its vibrant culture, changing politics, and fast-paced current events as there are plenty of options for it. Armenpress was established in 1918. If you are looking for a reliable news outlet, but are also interested in other types of media, then this is the one for you. 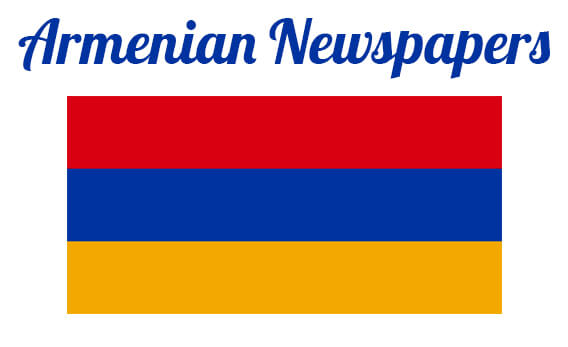 Tert is a leading political-analytical platform that offers instant coverage of Armenian development. It also edits various articles on many topics in the region and around the world. Its articles are written in three languages: Armenian, English, and Russian. This paper was established in 2008 by Media Style. Site content includes different types of news items, opinions, interviews, and live coverage with Armenian and foreign experts.

Aravot politically independent and liberal newspaper. It was founded on 2 August 1994. Ignat Mamyan was one of the chief editors at the time. It is published in Armenian, but its website is available in Russian, Armenian, and English. Its chief editor is Aram Abrahamyan. Basically, it covers various topics like politics, economy, business, sports, and more.

The first issue date of Haykakan Zhamanak is 1999. It was affiliated with the small anti-Democratic Homeland Party. This is a follow to the Armenian daily newspaper Oragir.

Armenpress is the very oldest in Armenia and the main state news agency also. It was started its journey on 18 December 1918 by the National Council of the Republic of Armenia. Its headquarters situates in Yerevan, Armenia.

Hraparak is a republic newspaper. It was founded in 2002. Five issues are published every week. Originally its contents prints in the Armenian language. It covers Armenia (Republic), Diplomatic Relations, Foreign Relations, Politics, and Government.

Hetq is an online newspaper in Armenia. It was first published in Armenian in 2001 and has been published in English since 2002. This online news site format is the web. Its political format is non-partisan. Investigative Journalists NGO is the proprietor of this paper.

Read the full post to know the details of Armenian Newspapers and if you want to read the news directly, click on the link.