Angola is officially the Republic of Angola, a country located at the corner of Central and South Africa. The high growth rate here is driven by the oil sector which includes high oil production and record oil prices. Oil production and aid activities of this country contribute about 85% of the country’s GDP. The press, audiovisual media, most printing houses, are mostly under state control. Most newspapers and magazines, radio and television stations, usually broadcast in Portuguese and are regulated by the state. ANGOP distributes press releases in French and Portuguese. The Journal de Angola, a state-controlled daily published in Portuguese in Luanda. Its circulation is about 50,000 copies. Today’s post is sorted by Angola’s Top Daily Newspapers and News Sites. Newspapers here are very popular for publishing authentic news. Angola newspapers including information, history, news, culture, health, politics, sports, economy, travel, and much more. 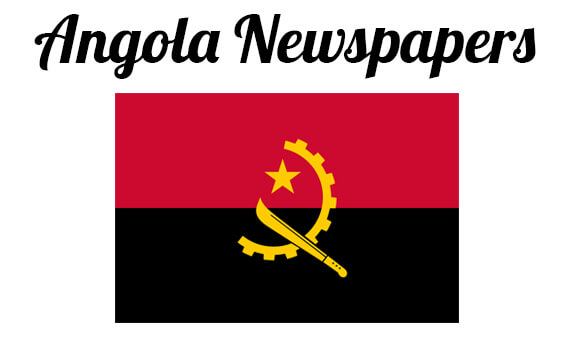 The Journal de Angola was Angola’s only daily newspaper until 2008. The company of this paper uses wire feeds from Reuters, ANGOP, EFE, Agence France-Presse, and Prensa Latina. It was started its journey in 1975. In addition to the printed newspaper, there is an online version of it. Edições Novembro is the owner and Diogo Paixão is the editor of this paper. It publishes in Portuguese language and broadsheet format. It covers news like policy, region, society, economy, culture, advertisement, sports, and more.

Folha 8 is a free, independent newspaper. William Tonet is the founder of this paper. It publishes news such as current updates, policy, culture, society, economy, and international affairs.

Novo Jornal was established in 2008. Basically, this paper publishes education, economy, science, culture, and many more.

O Pais started its journey in 2000. The group has become a regional reference in the media sector through its multimedia content production, unprepared journalism, corporate events, and live shows.

SAPO is a Portuguese online Apontadores server, subsidiary, and a brand of Altice Portugal. Mainly, it is a service provider and media content. It started as a search engine when it was founded. Although currently their search engine is being run by Google. It was established on 4 September 1995. Its headquarters are located in Portugal, Lisbon. Alexandre Fonseca is the CEO of this paper. Its type is Subsidiary.

Maka Angola was established and directed by journalist Rafael Marquez de Morais. It is an initiative dedicated to defending democracy and fighting corruption in Angola. The theme of this paper is “In defense of democracy, against corruption”. It has been honored with many popular awards for its adventurous editing. It also publishes news on digital security, education, environment, corruption, justice, health, human rights, and more.

You can stay in tune with our website to read all state and Angola Newspapers. You can read the news of other sites in this country by clicking on each of the links given above.