The U.S. capital, Washington, D.C., is a compact city on the Potomac River that borders Maryland and the state of Virginia. It is one of the most visited cities with over 20 million visitors in the United States. It is home to many lots of sights, national museums, and monuments. This state is prosperous in all respects. Its media sites are popular in other countries besides their own. Newspapers in this state are published from its headquarters. Since its inception in 1790, more than 800 newspapers have been published in the District of Columbia. There were about 75 newspapers printed in the district at the beginning of 2020. In today’s post, Washington D.C. Newspapers detailed discussion and news site links are given. Those who want to read the news directly from the news site can read the news by clicking on the link. 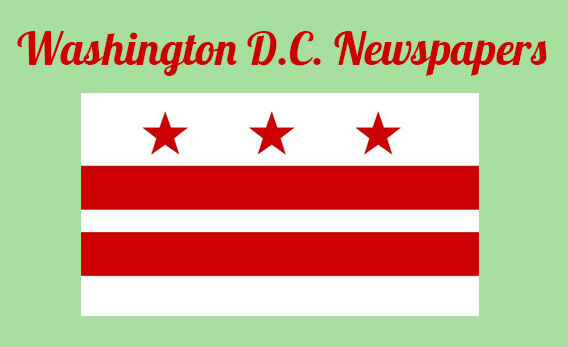 Washington Post is a daily broadsheet format newspaper. Nash Holdings is the present proprietor of this paper. It was established on 16 December 1877 by Stilson Hutchins. The paper has a large national audience and won 69 Pulitzer Prizes. It is very popular for its political reporting and one of the few remaining American newspapers to run a foreign bureau. It covers news such as politics, sports, technology, business, climate, education, health, media, and many more.

The Washington Times is a leading daily newspaper. It includes matters of common interest with special emphasis on national politics. Daily editions are distributed in Maryland, the District of Columbia, and parts of Virginia. It was published on 17 May 1982 by Sun Myung Moon. Operations Holdings is the current owner of this paper. Christopher Dolan is the chief editor of this paper.

The Washington City Paper is a tabloid format newspaper that serves the metropolitan area. It is a U.S. alternative weekly newspaper. City papers were distributed on Thursday. It was founded in 1981 by Alan Hirsch and Russ Smith. In 2006, its average performance was 85,588. The editorial mix of this paper focuses on art and local news. Its 2018 circulation number was 47,000. Its weekly circulation in 2011 was 68,059.

Washington Hispanic was started its journey in 1994 by Johnny Yataco. Normally, it publishes in the Spanish language. Its circulation in the DC area was 45,000 in 2019. In the 2010 election, the paper was approved by Colombia District Mayor Adrian Fenty. The headquarters of this paper locates in Silver Spring, Maryland.

El Pregonero is a Spanish-language newspaper. It publishes varieties of news such as education, culture, community, politics, business, and more.

Frederick News-Post is a broadsheet format local newspaper. Ogden Newspapers Inc. is the present owner of this paper. It was founded on 15 October 1883. The paper was published six days a week and the weekly pay was 33,082.

The Hagerstown Herald-Mail is the best newspaper to get breaking news. It covers sports, entertainment, lifestyle, job, education, politics, and more.

Most people around the world live in Washington D.C. More interested in learning about. Due to the many popular places in the world, there are places of interest here. After reading today’s post in full, then you can know more about Washington D.C. Newspapers. So, stay with us to learn more and get updated.