You can find out about Lebanese Newspapers and their sites from today’s article. The Lebanese Republic is a country with rich traditions and ancient structures. It has a lot of Arabic cultural qualities and is one of the smallest countries in the Middle East. It is an independent nation with a unified parliamentary confessional constitutional government. About one-third of the country’s population lives in the capital, Beirut.

Lebanon may be the oldest named country because it has not changed in at least 6000 years. The economic condition of this country can be classified as upper-middle class. The most important crops are celery, oranges, avocados, and grapes. Medical services are constantly evolving in this country where the government spends a lot of money in the health sector to provide better healthcare services to the citizens.

Lebanon has a reasonably competitive and cost-effective market system and a strong license-fire professional tradition. It is one of the best countries in the world that is constantly doing better in math and science. There are many reputed universities in the country which provide quality education. A large fragment of Roman sculpture has been found in the country which will be the largest fragment of any Roman sculpture outside of Rome. There are lots of historical events and symbols that make the country worth visiting. One can easily book a tour plan and have a nice holiday trip here. 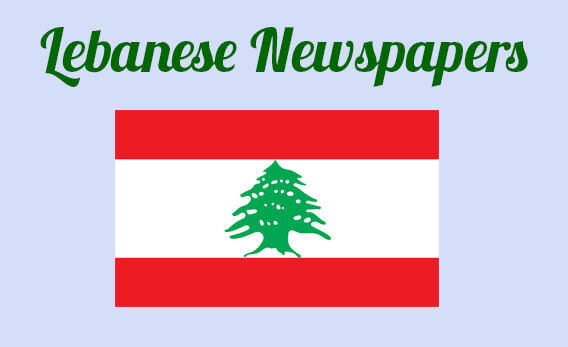 Al Akhbar is a semi tabloid format daily newspaper. Akhbar Beirut is the publisher of this paper. The newspaper began publishing and distributing in 2006. However, it was registered in 1953 with the same license of the same name paper. Joseph Samaha and Ibrahim Al Amin are the founders of this paper. The headquarter locates in Rue Verdun, Beirut.

Al Joumhouria is a tabloid format daily newspaper. Elias Murr is the owner and publisher of this paper. The has almost 200 staff writers. It was first launched in 1924. The paper was finally published on 28 February 2011, the first issue since the initial closure of the publication. Local and international news, health, culture, science, sports, technology, and religion. The paper is organized with more than 32 color pages.

An-Nahar was established on 4 August 1933 by Gebran Tueni. It’s a leading daily Arabic language newspaper. It had 45,000 circulations till 2012.

Daily Star Lebanon was a Berliner format English language newspaper. It was distributed throughout the Middle East. It was established in 1952 by Kamel Mrowa. Its print publication ceases in February 2020 and online in October 2021.

Al-Binaa is owned by the National Information Company. Its editor-in-chief is a Lebanese politician and Member of Parliament Nasser Kandil. The political alignment of this daily is right-wing.

L’Orient-Le Jour is a broadsheet format daily newspaper. Normally, this paper is published in the French language. It was launched on 15 June 1971. Société de presse et d’éditions SAL is the publisher of this paper.

El-Shark is an Arabic language daily newspaper in Lebanon. Dar EL Shark is the owner of this paper. The company also covers Nadine Monthly.

Bintjbeil was first launched in 2003. It deals mainly with expatriates, Lebanese, and international affairs. Its topics cover all areas, most notably Michigan and the world’s social, regional,. and expatriate issues. This newspaper has a lot of topics, as well as high-interest videos.

Hope you enjoyed learning about Lebanese Newspapers from today’s article. You can read the news directly from the website on each of the links given here.