In today’s article, we mainly discuss Kenya Newspapers and their news sites. Kenya is a country in East Africa that is separated from the Indian Ocean by a coral reef. The country has been divided into eight administrative districts, and local authorities have been given a lot of independence.

Kenya’s regional trade and finance center in East Africa was hampered by corruption and reliance on many products whose prices were low. A severe drought exacerbated Kenya’s problems, resulting in water and energy savings and reduced agricultural production. The political battle ahead of the election and a new opposition government has taken huge economic measures.

The headlines of Kenya’s five daily newspapers, all featured in Nairobi, were distributed among the first three newspapers, two in English and one in Swahili. There are also several English newspapers and magazines. Kenya Radio Corporation operates radio and television stations broadcasting programs in Afrikaans, English, and Asian languages. 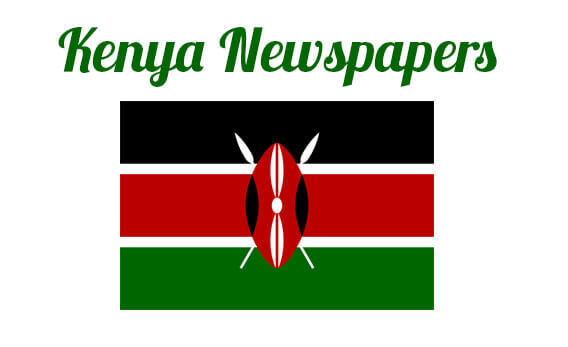 Daily Nation is an independent and the highest circulation newspaper in Kenya. Nation Media Group is the owner of this paper. It was established in 1958 by the Englishman Charles Hayes. It has more than 170,000 circulations. The headquarter locates in Nairobi, Kenya. Normally this independent newspaper publishes in Berliner format.

Standard is one of the biggest and leading newspapers in Kenya. This oldest newspaper publishes in Berliner format. It was started its journey in 1902 by A.M. Jeevanjee. The Standard Group is the owner of this paper. It has almost 74,000 circulations. The headquarters of the Standard Group has moved away from the front premises of the I&M Bank Tower, Mombasa Road, Nairobi.

Tuko is a very popular online newspaper in Kenya. Mainly, it has News, entertainment, and political website. TUKO.co.ke became the number one news and entertainment website in January 2017. Just two years after being set up, Nation and Standard beat Media Group. It was established in 2014. Normally, it covers English and Swahili.

Business Daily (Nairobi) is a daily business newspaper. Daily Nation & The EastAfrican are the sister newspapers of this paper. The paper is featured by Nation Media Group. It features news such as economy, lifestyle, society, markets, latest news, and many more.

The Sub-Saharan Informer is a very popular Pan African weekly newspaper. It was founded in 1999 or 2000. It covers global news, sports, entertainment, lifestyle, business, African news, politics, and more.

The EastAfrican is a very well-known weekly newspaper. In addition to international stories, it contains stories and in-depth analyses of each country in the region. It is spread to other countries in the African Great Lakes region, including Kenya and Tanzania, Uganda, and Rwanda. The paper covers science, sports, business, health, the rest of Africa, and more

We have tried to highlight all the lists of Kenya Newspapers in today’s article. You can read the news directly from the website by clicking on the links given above.